Monini North America sells White Truffle Flavored Olive Oil.  On the front of the label, there's a large picture of a sliced white truffle.  The product doesn't actually have any truffle in it.  Is this false advertising?

Well, the plaintiffs thought so.  They sued Monini for false advertising and other claims under New York and California law.  They alleged that they bought the olive oil believing that they were getting olive oil that was flavored with actual white truffles.  According to the product's label, however, the product included only two ingredients -- extra virgin olive oil and "aroma."  What's the aroma that produces truffle flavor?  According to the plaintiffs, it's an "industrially produced, chemically-derived perfume known as 2.4 - dithiapentane."  It's a chemical that apparently simulates the taste and smell of truffle.

In order to prevail on a false advertising claim in New York and California, a plaintiff must allege that the deceptive behavior was "likely to mislead a reasonable consumer acting reasonably under the circumstances."  Last year, the United States District Court for the Southern District of New York dismissed the case, finding that "where a product describes itself as substance-flavored despite not containing the actual substance, and the ingredient list truthfully reflects that fact, as a matter of law the product would not confuse a reasonable consumer acting reasonably under the circumstances."

The plaintiffs appealed, and, in a summary order, the Second Circuit recently affirmed the dismissal.  The panel simply didn't believe that a reasonable consumer would think that the product contained real truffles.  Noting that truffles cost hundreds or even thousands of dollars per ounce and are highly perishable, seasonal, and impossible to mass produce, the court said that "it is simply not plausible that a significant portion of the general consuming public acting reasonably would conclude that Monini's mass produced, modestly-priced olive oil was made with 'the most expensive food in the world.'"  The court said that this view was supported by the fact that truffles were not included in the product's ingredient list and the label describes the product as "truffle flavored."

Does this decision mean -- at least from a false advertising perspective -- that it's okay to use ingredients in product names and show images of ingredients on the label, even if the ingredient is not included in the product?  Not necessarily.  You still have to take into account what the reasonable take-away may be, in light of the specific context in which the ingredient is referenced.  Here, it was all about the fact that the court simply didn't believe that a reasonable consumer would think that this olive oil product contained real truffles.  As the court said, "In this context, representations that otherwise might be ambiguous and misleading are not." 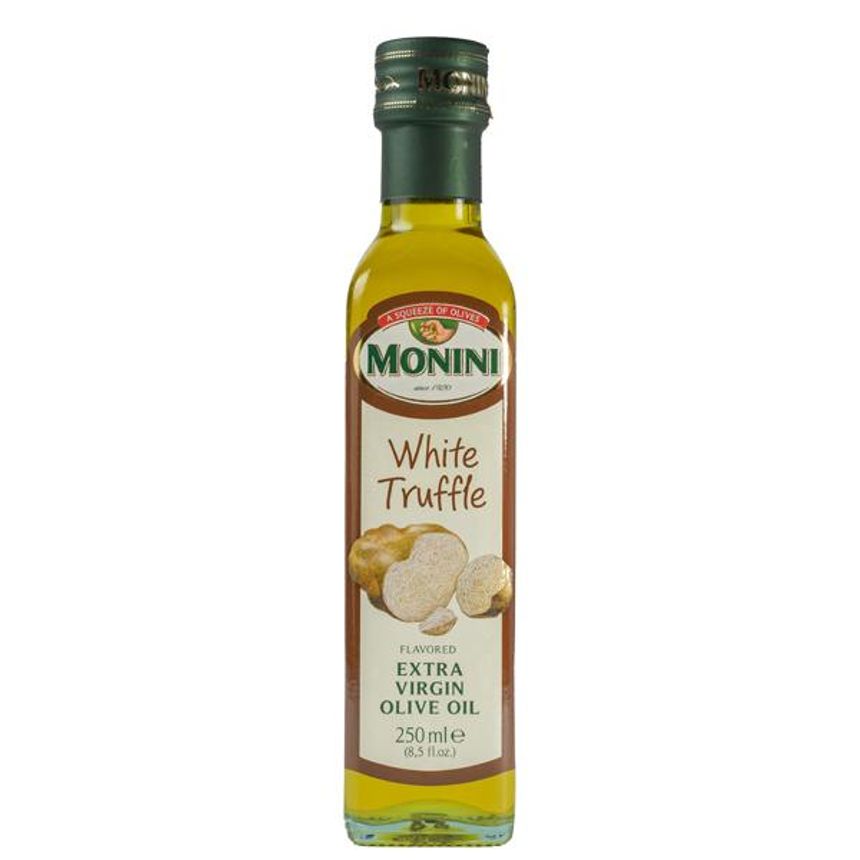