Amid lawsuits and FDA action, JUUL Labs said it will stop selling its fruit-flavored e-cigarette pods in retail stores and will discontinue its social media promotions, as well as take other steps aimed at stemming the dramatic increase in use of e-cigarettes by minors.

JUUL Labs manufactures small vaping devices that look like USB drives and vaping pods that come in various flavors, including a number of fruit flavors.  Vaping in general, and “juuling” in particular (JUUL has a greater than 70% share of the e-cigarette market in the U.S.), has become wildly popular among teenagers, causing concern among parents and school administrators and prompting lawsuits and FDA action.   According to just-released government data, although the sale of e-cigarettes is restricted to those 18 or over, more than 3.6 million middle school and high school students vape, a 78% increase since 2017.

FDA Actions.  In April 2018, the FDA asked JUUL and other e-cigarette manufacturers for information regarding their marketing practices and marketing research.  (Note that this action was taken by the FDA after a number of organizations, including the Campaign for Tobacco-Free Kids, the American Academy of Pediatrics, American Cancer Society Cancer Action Network, American Heart Association, American Lung Association, Campaign for Tobacco-Free Kids and Truth Initiative and some individual physicians, filed a lawsuit against the FDA for delaying regulation on e-cigarette products, which came within the FDA’s oversight in 2016.)  In September 2018, the FDA then asked JUUL specifically for information as to how JUUL will address the increasing rate of youth use of JUUL’s products.   And in October, the FDA conduced a surprise inspection of JUUL’s corporate offices in San Francisco and removed marketing-related documents.  The FDA announced that it was trying to determine whether JUUL was deliberately marketing its products to minors.

Lawsuits.  In April 2018, a class action suit, Colgate et al. v. JUUL Labs, Inc., was filed against JUUL in the Federal District Court for the Northern District of California alleging a number of violations of federal and state law, including false advertising and unfair and deceptive trade practices.   On October 30, 2018, the court granted in part and denying in part JUUL’s motion to dismiss.  The plaintiffs argued that JUUL should be required to disclose on its packaging additional information regarding the fact that the use of certain chemicals in JUUL’s pods deliver an exceptionally potent does of nicotine compared to traditional cigarettes.  However, the court found that the FDA’s prior ruling on labeling, which is explicit on what language must be included on e-cigarette packaging, pre-empted that claim.  The court also ruled, however, that plaintiffs' claims that are based on the allegation that JUUL”s packaging was misleading because the dosage of nicotine stated on the packaging was lower than the actual amount of nicotine, can move forward.

And in October 2018, another class action lawsuit, J.Y. et al. v. JUUL Labs, Inc., was filed against JUUL in federal court in the Southern District of Florida, alleging claims similar to those in the Colgate lawsuit discussed above, including the false and deceptive sale, marketing, labelling and advertising of JUUL e-cigarette devices and JUUL pods.

JUUL’s Announcement.  On Monday, in what seemed to be an attempt to pre-empt FDA regulatory action that was expected later this week, JUUL announced that it would discontinue the retail sale of most of its flavored e-cigarette pods (although it would continue to sell mint, tobacco and menthol flavors in retail outlets) and would also discontinue its social media promotions, which were widely seen as targeting teens.  Per JUUL’s website, they are “are exiting [JUUL’s] U.S. social media platforms (Facebook and Instagram), maintaining [JUUL’s] Twitter account only for the use of non-promotional communications."  JUUL also said that it would toughen its on-line age verification procedures.

FDA’s Regulatory Action.  Then just yesterday, the FDA announced its own regulatory plans regarding e-cigarettes.  In a move that surprised many who expected the FDA to announce its intention to outright ban flavored e-cigarette pods from retail outlets, the FDA’s plans to allow retailers to continue to sell flavored pods but only from an age-restricted location in the retail outlets (these restrictions will not apply to mint, tobacco and menthol flavors).  When asked for further clarification on this point, the FDA Commissioner, Dr. Scott Gottlieb, stated that putting the flavored pods under counters would not be sufficient and that they must be sold from a separate room or walled-off area.  The FDA also stated that if flavored pods are sold on-line they must be sold “under heightened practices for age verification.”

JUUL responded to the FDA announcement by stating that it still intended to immediately stop the distribution to traditional retail outlets of mango, fruit, cucumber, and crème flavored  JUUL pods and to pursue the other measures it announced to help curb under-age use of JUUL products.

No doubt there will be more movement in this area soon, so check back for updates. 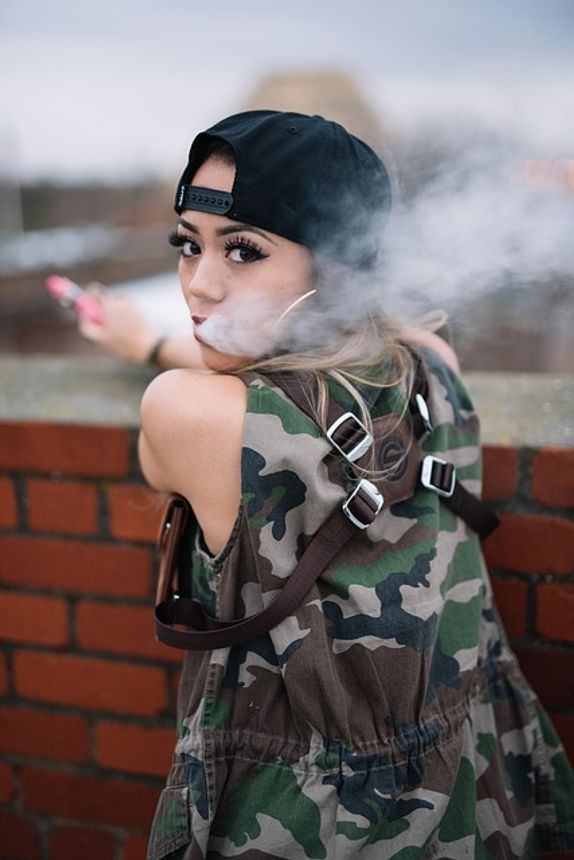