The New York Attorney General entered into a settlement with Abbott Laboratories, the maker of Similac infant formula, settling allegations that the company sent misleading marketing surveys to new parents about their infant-feeding habits.  As part of the settlement, Abbott agreed to be more transparent about who is behind its surveys and the purpose for which the surveys are being conducted.  Abbott also agreed to pay $50,000 in costs.

The NYAG alleged that Abbott sent surveys, under the logo of the "National Institute of Infant Nutrition," seeking information about consumers' demographics and infant-feeding habits, including whether their baby had been breast fed and, if formula-fed, the brand of formula used.  A letter accompanying the survey stated, "This research has been on-going for fifty years and gathers information about the breast-feeding and formula-feeding habits of American households."  The NYAG alleged, however, that there is no entity with the name, "National Institute of Infant Nutrition" and that the survey was actually used for Abbott's own market research purposes.  The NYAG alleged that Abbott aggregated and anonymized survey responses, but did not solicit survey respondents with follow-up advertising.

As part of the settlement, Abbott agreed that when sending surveys to New York consumers, it would clearly and conspicuously disclose:

Importantly, this is not a case about a marketer creating misleading ads through the use of advertisements disguised as surveys.  This is also not a case where the marketer conducted surveys in order to collect information so that it could use that information to market back to specific consumers.

This action could have significant impact on advertisers and their market research practices because this case is really just about what you have to tell consumers when you are conducting research.  The NYAG seems to be taking the position that when marketers conduct consumer research, consumers have the right to know who is conducting the research and the purpose for which the research is conducted.  Does this mean that you can never disguise the purpose of the research if it's necessary to ensure the validity of the results?  If you're doing research for copy testing, or to help substantiate claims, do you need to disclose that?

Marketers use research for many purposes and they talk to consumers about the research they are conducting in many different ways.  Based on this action from the NYAG, it's a good time for marketers to revisit these practices and to consider whether changes are necessary.

"This survey was a formula for deception. My office will not allow any business to mislead New Yorkers into sharing private information under false pretenses." -- New York Attorney General Barbara D. Underwood 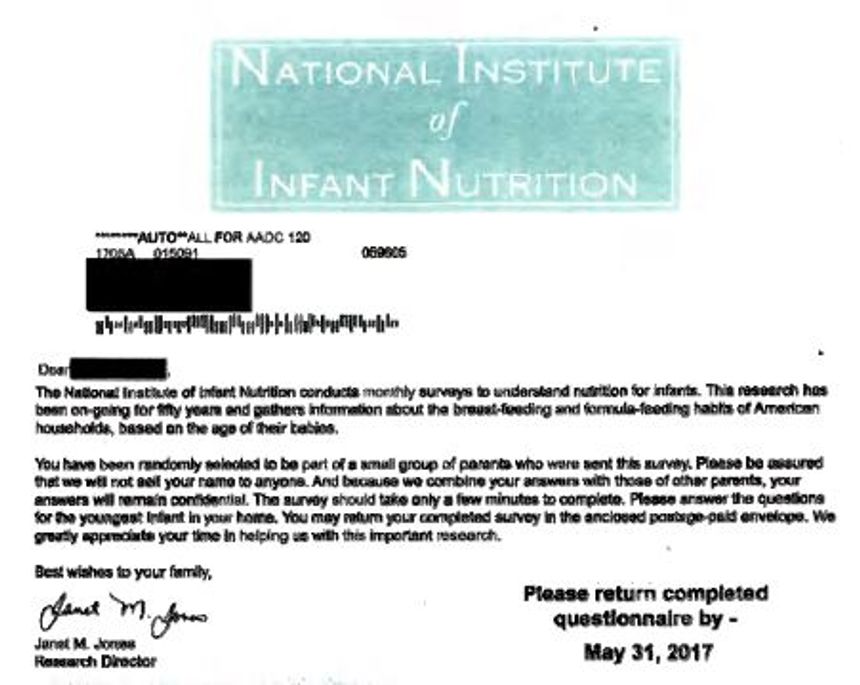