Plaintiff, a mixed-martial arts fighter filed a complaint in the Southern District of New York, claiming that defendants, manufacturers and retailers of the products in question, sold him dietary supplements containing illicit anabolic steroids, causing him to be suspended from the Ultimate Fighting Championship when he tested positive. Plaintiff asserted numerous contract and tort claims, including breach of warranty, fraud, false advertising, intentional infliction of emotional distress, and products liability.

Plaintiff alleged that the defendants made a number of misrepresentations about the products, including that they were “safe,” fit for any “category bodybuilder, [mixed-martial arts] athlete, or weekend warrior,” and “formulated and manufactured without the use of any banned substances.” Plaintiff also cited a statement made by one of the retailers, Vitamin Shoppe, in a public filing, that the retailer followed “strict quality-assurance procedures."  Plaintiff claims all of these statements were false because the supplements contained andro, which he claims to have discovered by having the supplements tested by an independent lab.

Defendants filed various motions to dismiss which the court granted in part and denied in part.  The part of the court's decision that most interested me and that I wanted to share with you, dear reader, concerns the false advertising claim against Vitamin Shoppe predicated on the statement in the retailer's public filing. The Court noted that plaintiff's amended complaint did not allege any representations by this defendant other than the statement about its quality-control procedures contained in its Form 10-K.

The Court dismissed the false advertising claim against Vitamin Shoppe, holding: "[a] statement in an SEC filing is clearly not an “advertisement” within the meaning of New York’s General Business Law, as it is directed at investors and regulators, not consumers. Plaintiff has made no showing that the filing was disseminated to potential purchasers of Vitamin Shoppe’s products, as New York law requires."  Thus, the Court granted Vitamin Shoppe’s motion to dismiss plaintiff’s claim for false advertising under New York General Business Law § 350, which requires that the advertising be "consumer-oriented" in order to be actionable.  (Vitamin Shoppe couldn't as easily escape all of plaintiff's other charges.)

So, what is "advertising" for purposes of triggering potential liability under federal or state false advertising laws, or the jurisdiction of the National Advertising Division? The answer isn't always obvious (or it wouldn't be so often litigated).  And the answer may vary depending on the jurisdiction.  The court in the MMA fighter case was not alone in finding that statements principally directed to investors are not actionable under state false advertising laws.  But other types of communications not principally directed to consumers have been treated differently, most notably in the Nike vs Kasky case, where statements made by Nike in a press release about its working conditions were held by the California Supreme Court to be potentially actionable commercial speech.  Courts and NAD have wrestled with this issue in the context of magazine articles, product brochures, user content posted by consumers, statements by company's salespeople, and more.

The ambit of false advertising laws is broad, but not limitless.

A New York federal judge on Monday trimmed down a mixed-martial artist's suit alleging that dietary supplements sold at Vitamin Shoppe contained illicit anabolic steroids and caused him to be suspended from a league, saying that a regulatory filing isn't an advertisement aimed at consumers. 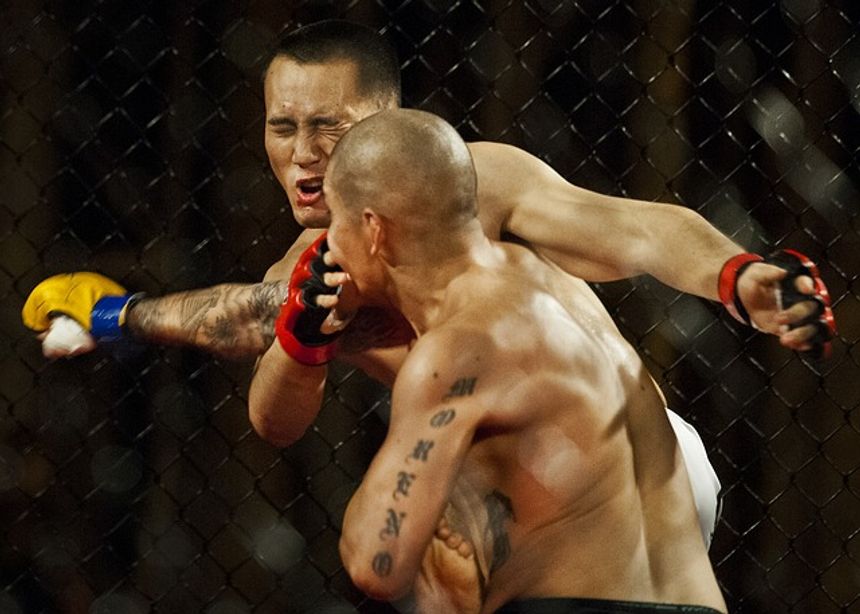