Maule (the plaintiff) is a photographer who, in 2005, took the photograph of the Philadelphia skyline seen in the top image accompanying this post.  Maule digitally altered his photo by adding two buildings that, at the time, were planned but not yet constructed, and by changing the text on a billboard to say “Visit Philly Skyline Dot Com,” a website he owned.  He called his work “Projected Skyline 2008.”  The court’s decision doesn’t explain why Maule engaged in this sim-photography exercise; perhaps it was an effort to extend the commercial life of his photograph?  If so, Maule’s efforts were thwarted by the whims of the real estate market because one of those buildings was never constructed.  As a result, Maule’s photograph includes a “ghost” building that exists only in the architect’s plans and, now, in Maule’s photograph.

Anheuser Busch (the defendant) created the neon pub sign depicting an outline of the Philly skyline seen in the bottom image accompanying this post.  According to the complaint, this sign graced the windows and walls of at least 20 watering holes in Philly.  When Maule saw the sign in 2015, he noticed that it included the very same “ghost” building, in the very same position, as in his photo.  (“Gotcha!”)  He promptly sued Anheuser Busch for copyright infringement.

To prove copyright infringement, a plaintiff must prove both (1) that the defendant actually copied plaintiff’s work, and (2) that the extent of the copying of original, protectable elements from the plaintiff’s work (qualitatively and quantitatively) crosses the threshold into actionable copying (substantial similarity).  Here, at least for purposes of the motion to dismiss, actual copying was essentially conceded.  The “ghost” building in the sign was a smoking gun that made it exceedingly unlikely that the artist commissioned by Anheuser Busch hadn’t used Maule’s photograph as a reference.  (Conspiracy theorists among you may ponder whether Maule’s motives for including the “ghost” was to trip up would-be infringers, similar to the way phone book publishers used to (and perhaps still do …  does anyone use phone books anymore?) pepper their publications with phony names and addresses.)

Last week, the United States District Court for the Eastern District of Pennsylvania granted Anheuser Busch’s motion to dismiss, finding that, as a matter of law, no reasonable jury could find that the sign and Maule’s photograph were substantially similar.  At the outset, the court states that the “Philadelphia skyline cannot be copyrighted” because the buildings comprising the skyline “exist in the public domain.”  This should not be misinterpreted as meaning that a photograph of a city skyline can never be subject to copyright protection.  On the contrary, the creative, executional decisions that each photographer makes when photographing a skyline can be sufficiently original to render the work protectable (even if such protection is rather thin).  What the court means here (I believe) is that no single photographer has a monopoly on the depiction of any skyline; the subject matter itself is free game for all to photograph, paint, and depict in neon, as long as they do it in in their own, original way.  See also 17 U.S.C. § 120(a) (“The copyright in an architectural work that has been constructed does not include the right to prevent the making, distributing, or public display of pictures, paintings, photographs, or other pictorial representations of the work, if the building in which the work is embodied is located in or ordinarily visible from a public place.”).

Turning next to the “ghost” building, the court found that there was no infringement because it was depicted in vastly different ways in the two works.  Maule’s depiction is photorealistic – rich in detail, perspective, color, and lighting.  By contrast, the Budweiser sign consists of a two-dimensional outline of the building in a cartoon-like manner.  Is the court correct that these executional differences, by themselves, automatically mean that there was no infringement?  I don’t think so.  Consider this hypothetical:  if Maule had embellished his photograph with a detailed drawing of mythical creatures frolicking with Ben Franklin under the dome of the Liberty Bell, and if Anheuser Busch’s sign included an outline of this fanciful drawing in neon, the case almost certainly would have survived a motion to dismiss.  In that situation, Maule would have had a strong(er) argument that Anheuser Busch had created an unauthorized derivative work.  What is the difference here?  I can think of two.  First, it is an historical fact that the “ghost” building had been planned and was never constructed.  Both Maule (intentionally in his photo) and Anheuser Busch (perhaps unintentionally, in the sign) present a visual representation of this historical fact, which includes the location, size, shape and appearance of the building.  The similarities between the works are dictated by these facts and not by any original, creative decisions made by Maule.  Second, and perhaps more relevant, is that the “ghost” building was never the original creation of Maule in the first place.  Presumably, Maule had copied artistic renderings of the “ghost” building to which he had access.  The architect (presumably) would have owned the copyright in those renderings.  Could the architect assert a claim here and potentially succeeded where Maule failed?  (Because the building had never been built, Section 120(a) does not apply.)  Interesting question.

This case is a good reminder that not all copying is infringement.  In particular:

Each of the above provisions and principles acts as a “safety valve” (of sorts) to make it less likely that copyright law is enforced in a way that ultimately thwarts its underlying policy goal:  namely, to incentivize the creation (for the benefit of society) of copyrighted works.

These principles ensure, among other things, that all musicians are free to exploit a musical style (an idea), that no author is immune from having her work critiqued in a review or parodied on Saturday Night Live (fair use), and that the heirs of Jane Austen can’t prevent the retelling of Emma as the movie and Broadway show Clueless (public domain).  Of course, reasonable people can debate whether these principles have been calibrated correctly (e.g., whether protecting copyright for life + 70 is too long or not long enough, or whether fair use is applied with sufficient rigor).

As the court notes (citing Feist), “not all copying...is copyright infringement.”  This comes as a surprise to some artists, jury members and even some lawyers – perhaps because we are taught to believe that all copying is morally wrong.  In many instances, of course, it is.  I can still hear my third-grade teacher Mrs. Baskin admonishing the class, while passing out a test, “Don’t copy from your neighbor!  Eyes on your own paper!”  Mrs. Baskin was, in that context, ethically correct:  when taking a test, every third-grader should rise or fall on her own merits.  I am certain, however, that the wise Mrs. Baskin would have understood that, in other contexts, copying is a good thing.  All artists stand on the shoulders of the giants that came before them, a reality that is built into copyright law.  And, I am certain you never would have heard Mrs. Baskin say:  “Don’t copy a small amount of your neighbor’s story about his pet rock and rework it into a transformative parody that demonstrates the banality of your neighbor’s saccharin original.”  #FairUseHumor. 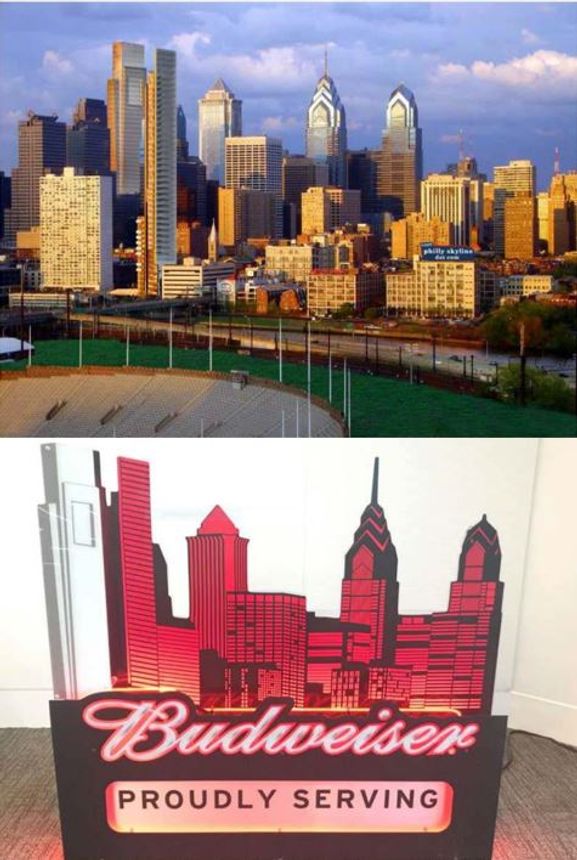