What should you do when you film a commercial in public and there's a sculpture in the background?  Do you need to get a release from the sculptor?  That's essentially the issue in a recent case brought by renowned sculptor Anish Kapoor against The National Rifle Association of America.

Kapoor is well-known to many as the sculptor of "Cloud Gate," the giant sculpture in Millennium Park in Chicago.  Many people call it "The Bean."

According to the complaint, the NRA released a commercial -- sometimes called "The Clenched Fist of Truth" or "The Violence of Lies" -- incorporating an image of The Bean.  (It's not clear from the complaint whether the NRA filmed "The Bean" or licensed preexisting footage that incorporated the sculpture.)  Kapoor alleged that the NRA did not ask for permission to use The Bean and that, even if the NRA had asked, he would not have agreed.  Kapoor also alleged that he demanded that the NRA remove The Bean from the commercial, but the NRA refused.

As the copyright owner of The Bean, Kapoor then sued for copyright infringement in the United States District Court for the Northern District of Illinois, asking for an injunction and damages.

While the case has just begun, the complaint highlights an important issue for advertisers to keep in mind as they are shooting in public.  Even with public works of art, the artist may retain the copyright in the work.  The fact that something is an iconic, public work doesn't necessarily mean that it's free for anyone to use.  Therefore, when shooting in public, it's important to consider whether permission is needed from the artist (or other copyright owner) or whether your use could be considered to be a fair use.  As this case demonstrates, the risk of a claim may be significantly heightened when the work is used in a controversial manner. 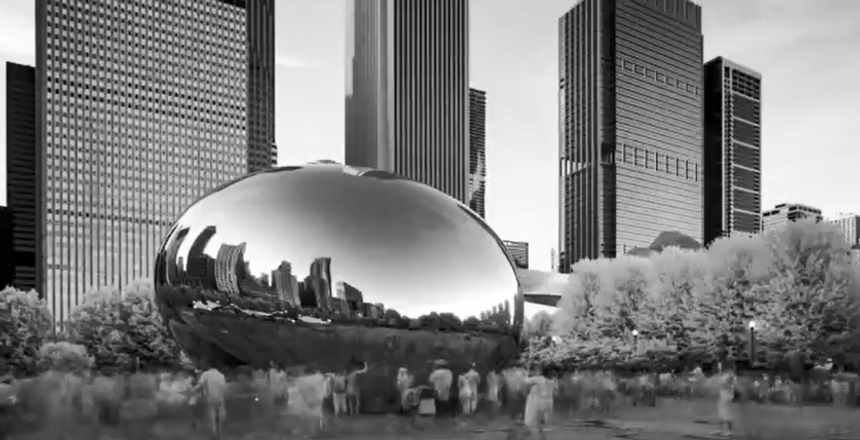