The world's most watched sporting event is only days away and marketers are readying activation for this year's FIFA World Cup in Russia - both official sponsors and non-sponsors. For non-sponsors seeking to associate themselves with the event, it's critical to understand the rules of the road as so-called "ambush marketing" laws vary. Like host nations of the past, Russia has also passed a law to address such activities: Federal Law of June 7, 2013 No. 108-FZ, which confirms that the existing offense of "unlawful trade" will be committed where any products or services are associated, directly or indirectly with FIFA or the World Cup without permission of FIFA. The law lists numerous triggers, including the use of a wide range of protected trademarks, conducting marketing that falsely suggests approval or certification by FIFA, and the use of tickets for marketing purposes. Violations could result in fines or even criminal liability. While this law does not extend to marketing campaigns in the United States, FIFA is able to use various trademark, copyright, and contract laws to enforce its rights here.

Non-sponsor marketers looking to stay on the right side of the line should consider the following:

1. Avoid using FIFA's official assets, which FIFA deems to include the following: (a) official event names such as FIFA, FIFA WORLD CUP, 2018 WORLD CUP; (b) frequently used nicknames, such as COPA 2018, MUNDIAL 2018, and MONDIAL 2018; (c) the official event emblems, trophies, mascot, and match ball; (d) the country or host city name and year, such as RUSSIA 2018 and MOSCOW 2018; and (e) the official typeface, posters, and designs for the Event.

2. Go generic. FIFA has specifically stated that "any generic football or country related images used without any of FIFA's Intellectual Property allow the public to support their teams without creating any unauthorized association" with the World Cup or FIFA.

3. Refrain from using too many World Cup-related but generic references. For example, prior to the 2014 World Cup in Brazil, FIFA issued a red card to travel company Decolar.com because its "Viva O Mundial" campaign allegedly misappropriated FIFA's rights when it featured the World Cup synonym "mundial," soccer ball artwork and the sale of travel packages to Brazilian cities that are hosting World Cup matches. The company, which never once mentioned the World Cup explicitly, was ordered to cease and desist immediately.

4. Be careful using national team or individual player references as well. These rights are not controlled by FIFA, but rights holders may bring similar claims - based on trademark, copyright, or right of publicity violations.

5. Finally, remember that these prohibitions apply to both traditional and social media. Tactics such as congratulatory Tweets, the use of FIFA-controlled terms as hashtags, and the use of imagery from the World Cup games in social posts could all pose problems for brands that do not have an affiliation with FIFA, a particular national team, or particular players. 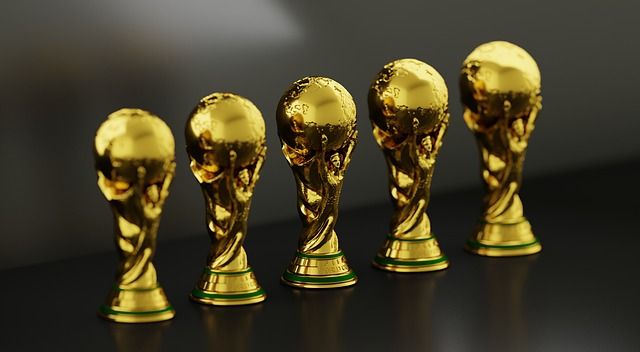 2020: A Year By Any Other Name…
Christopher Chase