Here are some highlights from "The Inaugural Caribbean Advertising & Marketing Law Seminar" being held today in Kingston, Jamaica.  The conference is sponsored by the Global Advertising Lawyers Alliance and Foga Daley, GALA's Jamaican member.

Saying that "the digital world is now exploding," Kent Gammon, the Chairman of Jamaica's Consumer Affairs Commission, called for amendments to Jamaica's consumer protection laws, including amending the law to prohibit misleading omissions, to add specific, defined unfair commercial practices, and to prohibit aggressive consumer advertising that impairs a consumer's freedom of choice.

Saying that "consumers should understand what they are paying for," David Miller, the Executive Director of Jamaica's Fair Trading Commission, emphasized that the same rules that apply to traditional advertising apply to online and social media advertising.

Cordel Green, the Executive Director of Jamaica's Broadcasting Commission, said that "we are paying a hefty price for the benefits of connectivity."  He asked whether ordinary people should be given property rights in their own personal information.  He said that content regulation remains relevant in the digital age.  He also said that issues that require urgent attention include ethical advertising (such as issues related to advertising to children), intensity ratings (such as for virtual reality experiences), media manipulation (such as "fake news"), commercial use of personal information, and a framework for ISPs as content providers.  In addition, he said that we should "prioritize digital literacy."

We are paying a hefty price for the benefits of connectivity 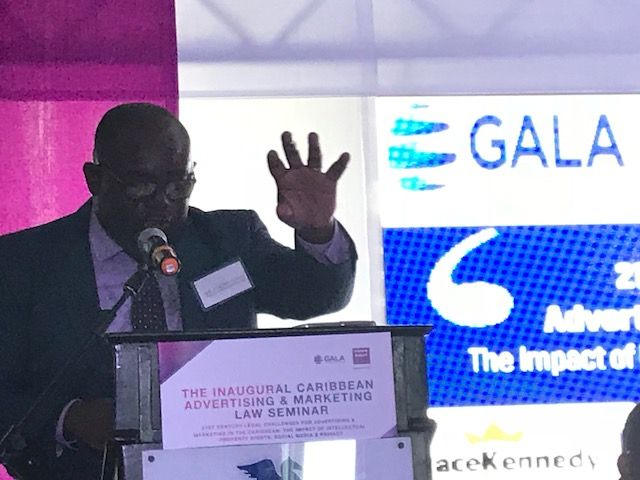