Chef Chloe Coscarelli - the first vegan chef to be crowned a winner on the Food Network’s Cupcake Wars - has been waging a years-long, epic battle against her former business partner, ESquared Hospitality, over ownership and control of “By Chloe," the now-defunct chain of fast casual vegan restaurants that bore her name. The dispute is complex and has taken many twists and turns, with skirmishes in front of arbitrators, state and federal judges, and investors. At one point, even celebrity chef Tom Colicchio got sucked into the vortex. Drama. (If you are curious, this article has more background.)

Today, we address one (relatively small) aspect of this long-running dispute. Coscarelli has written four best-selling cookbooks (all available on Amazon), and she alleged that ESquared infringed her copyrights by publishing identical recipes online. Take, for example, this recipe for peanut butter dog treats from Chloe's Kitchen (which, I must admit, look good enough for human consumption): 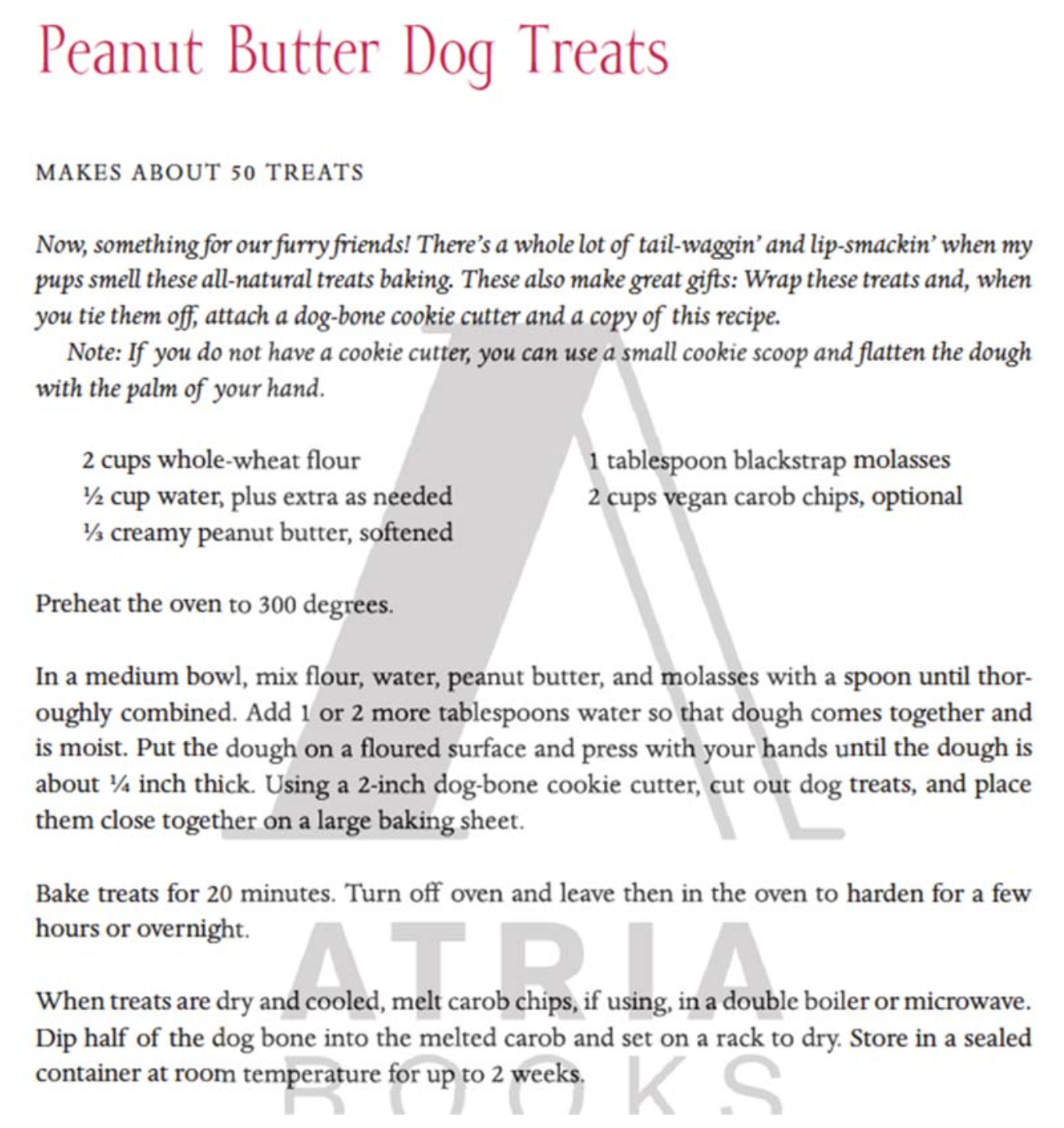 And compare it to is this allegedly infringing recipe published by the defendants: 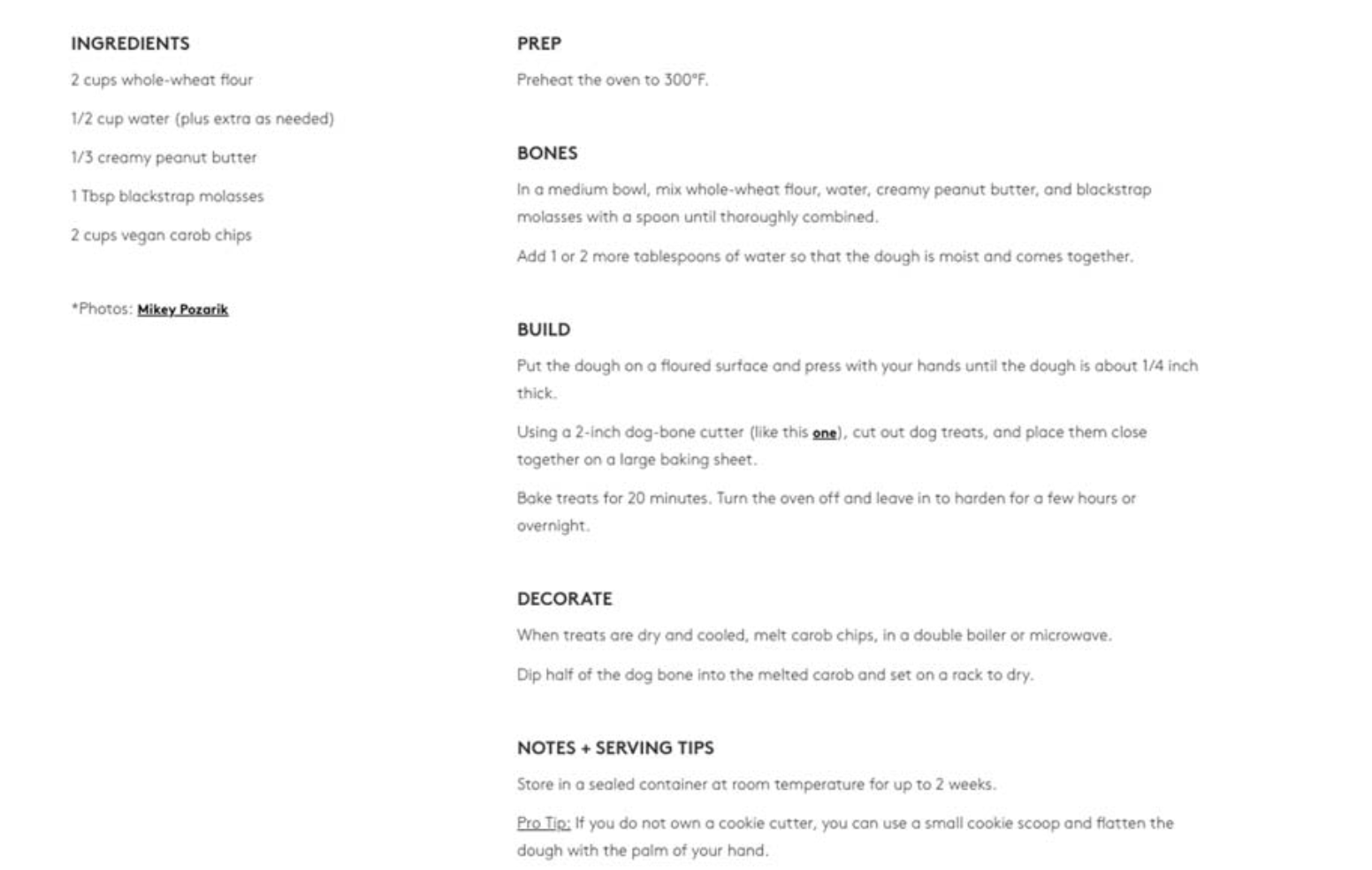 The same ingredients + the same instructions = the same recipe. It shouldn't be difficult for Coscarelli to prove that the defendants actually copied her recipes: the defendants surely had access to Coscarelli's cookbooks, and the similarities are not likely to be coincidental. But is this infringement?

District Judge Jesse Furman (SDNY), the lucky jurist who is handling the latest (and perhaps last) lawsuit between the former partners, concluded that it was not infringement and granted summary judgment to the defendants.

No author can claim ownership, under copyright law, of facts or ideas; copyright law protection extends only to the original way an author expresses facts or ideas. This “idea/expression dichotomy,” derives from Article I, section 8, clause 8 of the Constitution and is codified in Section 102(b) of the Copyright Act: “[i]n no case does copyright protection for an original work of authorship extend to any idea, procedure, process, system, method of operation, concept, principle, or discovery, regardless of the form in which it is described, explained, illustrated, or embodied in such work.”

Courts that have considered the scope of copyright protection in recipes draw a distinction between (1) on the one hand, ingredient lists and cooking instructions, which constitute unprotectable ideas, and (2) on the other hand, creative embellishments - like the author's musings about the spiritual nature of cooking, childhood memories associated with certain dishes, and suggestions for wine pairings and the perfect tablescape - which potentially are protectable. In Judge Furman's view, "[t]hese principles doom Plaintiffs’ claims" because "the elements allegedly copied from Coscarelli’s cookbooks are primarily lists of ingredients and directions for combining them" and not Coscarelli's story about the "tail-waggin'" and "lip-smackin'" that the treats induce in her "furry friends." "Whereas the latter may be entitled to copyright protection, the former plainly is not."

The court rejected Coscarelli’s attempt to distinguish (in her words) her “exciting, unique - and above all - original” recipes from the “simple - and unoriginal - recipes not protected by copyright.” Facts are facts; even novel and interesting facts have no claim to copyright protection. And while an original “selection and arrangement” of factual materials may may qualify for thin protection (e.g., Feist Publ’ns, Inc. v. Rural Tel. Serv. Co., 499 U.S. 340 (1991), here, the layouts and color schemes for the parties' recipes were entirely different. Because the similarity between the works concerned only non-copyrightable elements of the plaintiff’s recipes, summary judgment was appropriate.

A personal note to end this post. No one (and I mean no one) loves their dog more than I love Jack White, my six-year old morkie. Just look at him: 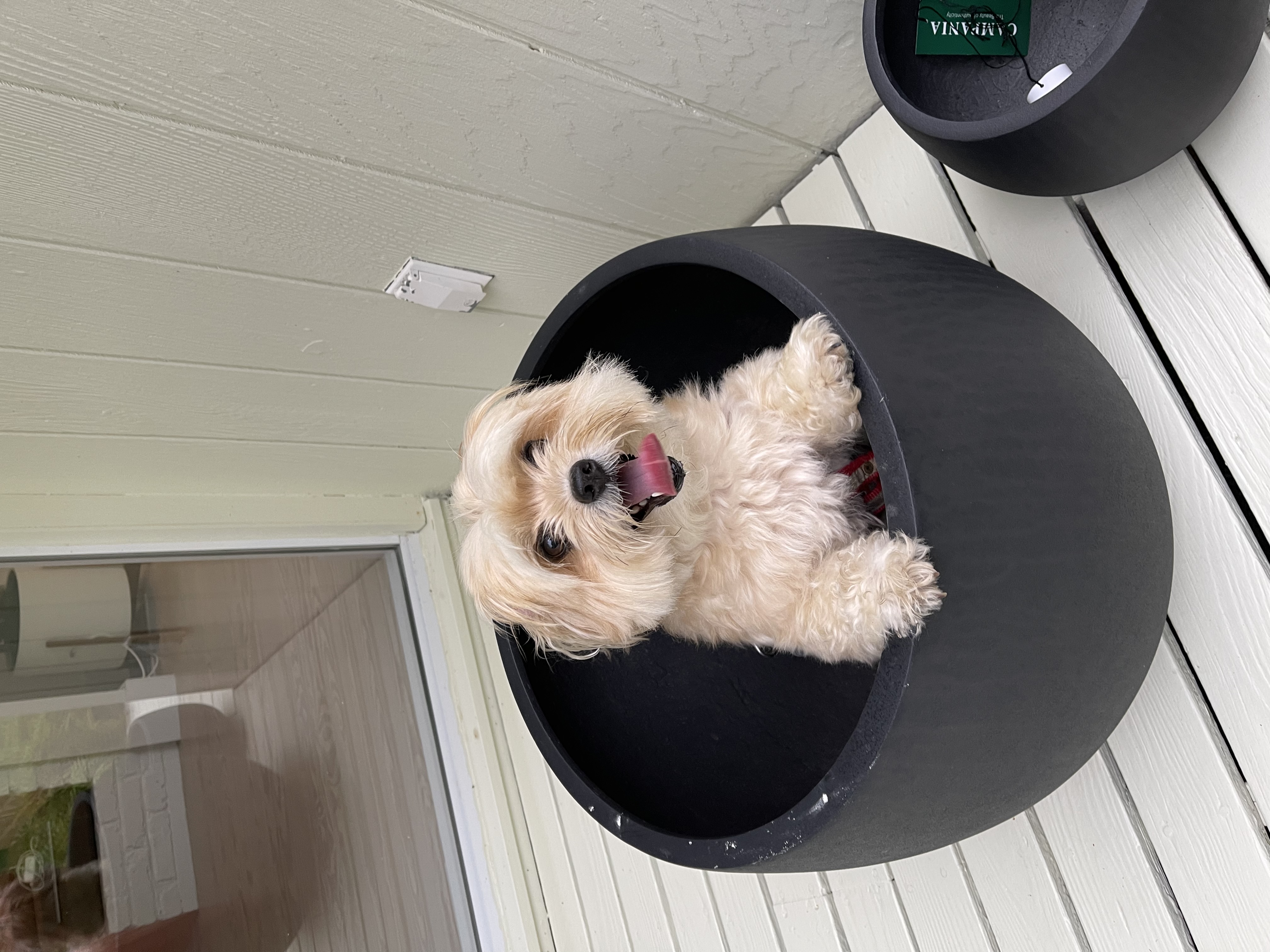 Can you blame me? But, as much as I love my fur baby, there is simply no way I am ever, ever going to bake him homemade dog biscuits. Based on the way he hoovers up treats - never savoring, and barely even chewing - I have concluded that his palate lacks the sophistication to appreciate the subtleties of a perfectly baked peanut butter, blackstrap molasses cookie. He will just have to make do with store-bought treats. 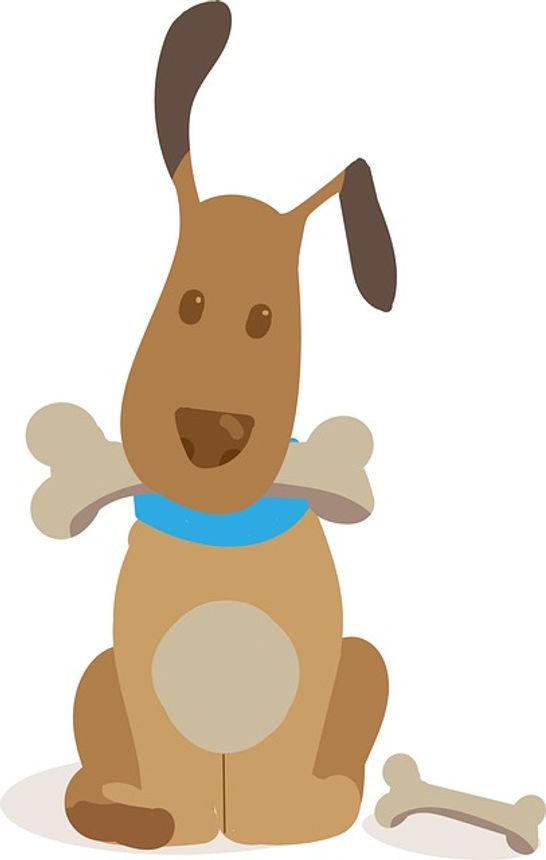