Pfizer markets and distributes Robitussin cough syrup, which comes in both a regular strength and a "Maximum Strength" version.  The plaintiffs in a lawsuit against the company alleged that it is deceptive to promote a version of Robitussin as "Maximum Strength," and charge more for it, when it doesn't contain more of the active ingredients than the regular version does.

Pfizer moved to dismiss the plaintiffs' claims, alleging that the plaintiffs had failed to plausibly allege that they were misled. Essentially, Pfizer argued that its "Maximum Strength" claim is not misleading because one dose of Maximum Strength Robitussin contains more medicine than one dose of Regular Strength Robitussin.  Pfizer also argued that the name is not misleading because, on the packaging, both products explicitly provide dosage information and the amount of active ingredients per dose.

Like an earlier case considering the same issue, the United States District Court for the Southern District of New York held that, at least for the purposes of a motion to dismiss, the plaintiff had sufficiently alleged a claim for false advertising.  The court wrote, "A dose of Maximum Strength Robitussin has more active ingredients in it only because the recommended dose is twice the volume of the recommended dose for Regular Strength Robitussin.  It is at least plausible that a reasonable consumer would not expect that a product is fairly represented as 'Maximum Strength,' and is properly priced higher than its 'Regular Strength' cousin, if the consumer gets more of its active ingredients only by consuming more of it."

The court was also not persuaded by the argument that consumers could compare the labels of the regular and maximum strength versions of the product in order to understand the differences. The court wrote, "Expecting a consumer to cross-check a product's ingredient list against another product's list and then perform arithmetic to make sure she is comparing equivalent dosage volumes, all to ensure that the product she intends to purchase has the qualities it purports to have is not reasonable."

"Expecting a consumer to cross-check a product's ingredient list against another product's list and then perform arithmetic to make sure she is comparing equivalent dosage volumes, all to ensure that the product she intends to purchase has the qualities it purports to have is not reasonable" 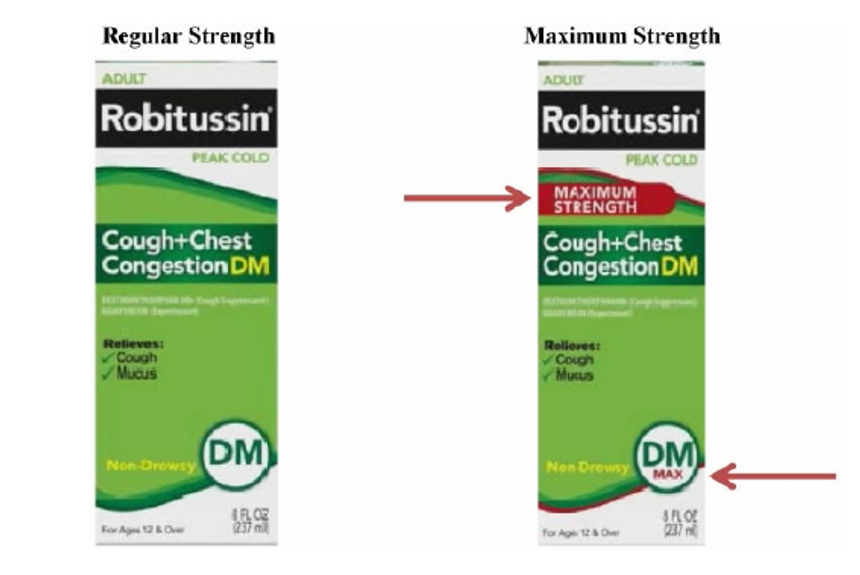 FTC Takes Action on "Made in USA" Claims
Jeff Greenbaum

Emojis Can Be Claims Too!
Terri Seligman
repost  cancel