When a product is advertised as "wireless," does that mean that the product offers wireless charging as well?  This was the issue in a recent lawsuit brought against Costco Wholesale Corporation in federal court in California.

There are two versions of Apple's second generation of AirPods -- one that includes a standard (wired) charging case and one that includes a wireless charging case.  When the plaintiff saw a Costco product listing for "Apple AirPods Wireless Headphones with Charging Case (2nd Generation)," he assumed that this meant that the advertised earbuds included wireless charging.  When it turned out that the version of the AirPods he bought didn't include the wireless charging functionality, he sued, alleging false advertising and other claims.  The court granted summary judgment to Costco, however, finding that the AirPods were properly advertised.  Here's why.

The primary issue in the case was whether Costco's product listing was misleading to a "reasonable consumer."  This standard requires more than "a possibility that the label might be misunderstood by a few consumers viewing it in an unreasonable way."  Rather, in order to prove false advertising, the plaintiff must show that there is a probability that "a significant portion of consumers, acting reasonably under the circumstances, could be misled."  Taking it a step further, the court emphasized that, "a plaintiff cannot establish a claim merely by pointing to plausible misunderstandings of a product description."

As an initial matter, the court simply didn't believe that Costco should be responsible for the consumer's pre-existing confusion about Apple's offerings.  The court explained that the plaintiff "erroneously believed all of Apple's 2nd Generation AirPods came with a wireless charging case and were capable of wireless charging, and that because the AirPods he bought lacked this feature, they must not have been true 2nd Generation AirPods."  Noting that this was not consistent with Apple's own descriptions of its products on the Apple website, the court called the consumer's belief here "unreasonable."

The court also didn't think that the use of the word "wireless" in the product description was likely to be misleading to reasonable consumers.  As support for this, the court pointed to the fact that the term "wireless" is used in the product listing to refer to the AirPods themselves -- and not the case.

The court also rejected out of hand the argument that the product listing, "Apple AirPods Wireless Headphones with Charging Case (2nd Generation)," could be interpreted to mean that both the AirPods and the case are wireless.  The court wrote, "He would be on stronger ground if the listing said 'and,' which might give rise to plausible ambiguity.  But the fact that it says 'with' makes his construction strained and untenable."

Ultimately, because the plaintiff could not point to instances where Costco specifically said that the case could be charged wirelessly, the court held that the plaintiff's interpretation of the product listing was not reasonable.  The court wrote, "Costco is not liable for customers' misunderstandings based on their own unreasonable beliefs about the products Apple sold."

Putting aside my own views about whether the court got it right here, this is a clearly a case where a regulator, a self-regulatory body, or even another judge, could have come out differently.  While the "reasonable consumer" standard certainly doesn't mean that advertisers are responsible for any possible consumer take-away, when an advertisement is potentially ambiguous, the advertiser may be held responsible for differing (albeit reasonable) consumer interpretations.  And with technology evolving at a rapid pace, it's not surprising that some consumers will be confused about product offerings.  Here, the court felt that the advertiser didn't have an obligation to anticipate that confusion and to affirmatively educate consumers about what was being offered.  Particularly in the technology space, however, we've seen cases that come out quite differently -- squarely putting the obligation on the advertiser to fully inform consumers about how the product works, in light of this rapidly evolving technology and the expected consumer confusion in the marketplace. 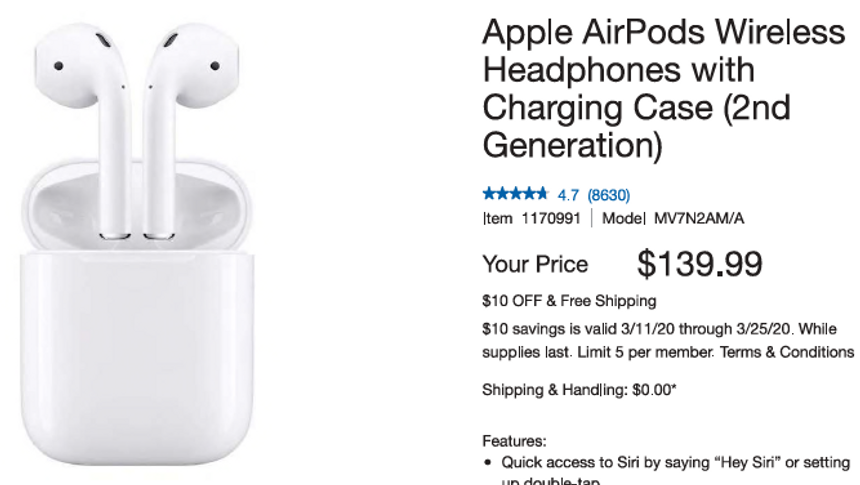