I admire anyone who can set a proper table. No matter how much time and effort I devote to the task, my own results are lackluster, suitable (on a good day) for a pizza party for seven-year-olds (if the party takes place in a bowling alley, and if the seven-year-olds in question are not particularly discerning). I just can't muster the obsessive perfection of Martha Stewart, the Hamptons-casual poshness of Ina Garten, or the whimsical insanity of Amy Sedaris.

But I may have stumbled upon a hack that will liven up any tablescape. At least when the guests of honor are toddlers.

The plaintiff sells construction vehicle-themed eating utensils. What? Yup: forks and spoons that look like trucks. Why?  The company's founders simply wanted to make "mealtime more enjoyable for their children." Silly novelties to some, but parents frustrated by finicky eaters beat a path to their door. The products have enjoyed considerable success, with millions in sales, favorable reviews, awards, and fans of all ages.

The defendant makes truck-themed forks and spoons that bear some resemblance to the plaintiff’s. Below is a side-by-side of the products (courtesy of the district court's opinion):

After numerous people told the plaintiff that defendant’s products were “ripoffs," the knives came out. The plaintiff sued for copyright, trademark and design patent infringement. The defendant moved to dismiss for failure to state a claim under Rule 12(b)(6). The district court denied the motion in all respects. I will focus only on the copyright aspects of the court's opinion.

Defendant argued that the copyright claims should be dismissed because the plaintiff had failed to allege which elements of the utensils were eligible for copyright protection. The court disagreed. Here, the plaintiff had secured registrations for the product designs as sculptural works. The court acknowledged that copyright protection for a sculptural work does not extend to the mechanical or utilitarian aspects of the sculpture; only the "sculptural features that can be identified separately from, and are capable of existing independently of, the utilitarian aspects of the article” are subject to protection. (17 U.S.C. § 101.) In addition, copyright law only protects original works of authorship; common, trite and customary elements are scènes à faire that cannot be owned by anyone. (See 17 U.S.C. § 102.) However, at the pleading stage, the court found that the plaintiff's registrations were "entitled to a presumption of validity." Moreover, the defendant cited no authority to support its argument that specifically identifying separable features was a pleading requirement. Thus, the court concluded that the allegations in the complaint were sufficient.

The defendant also argued that, as a matter of law, the copyright claim should be dismissed because there was no plausible argument that its products were infringing after the unprotectable elements of the plaintiff's utensils were filtered out. According to the defendant, the unprotectable elements included the conceptual aspects (i.e., "concept of construction vehicle-themed eating utensils"), the functional elements (e.g., the tines on the fork and the scoop of the spoon), and scènes à faire (e.g., the overall configurations and color schemes of the construction vehicles). To support its argument, defendant created exhibits that purported to identify the separable (and arguably protectable) sculptural features covered by the plaintiff's copyright registrations and then attempted to demonstrate, via a side-by-side comparison, that the corresponding features of its products were “fundamentally different.” I reproduce below one of the exhibits to give you a sense of how the defendant tried to spoon feed the court: 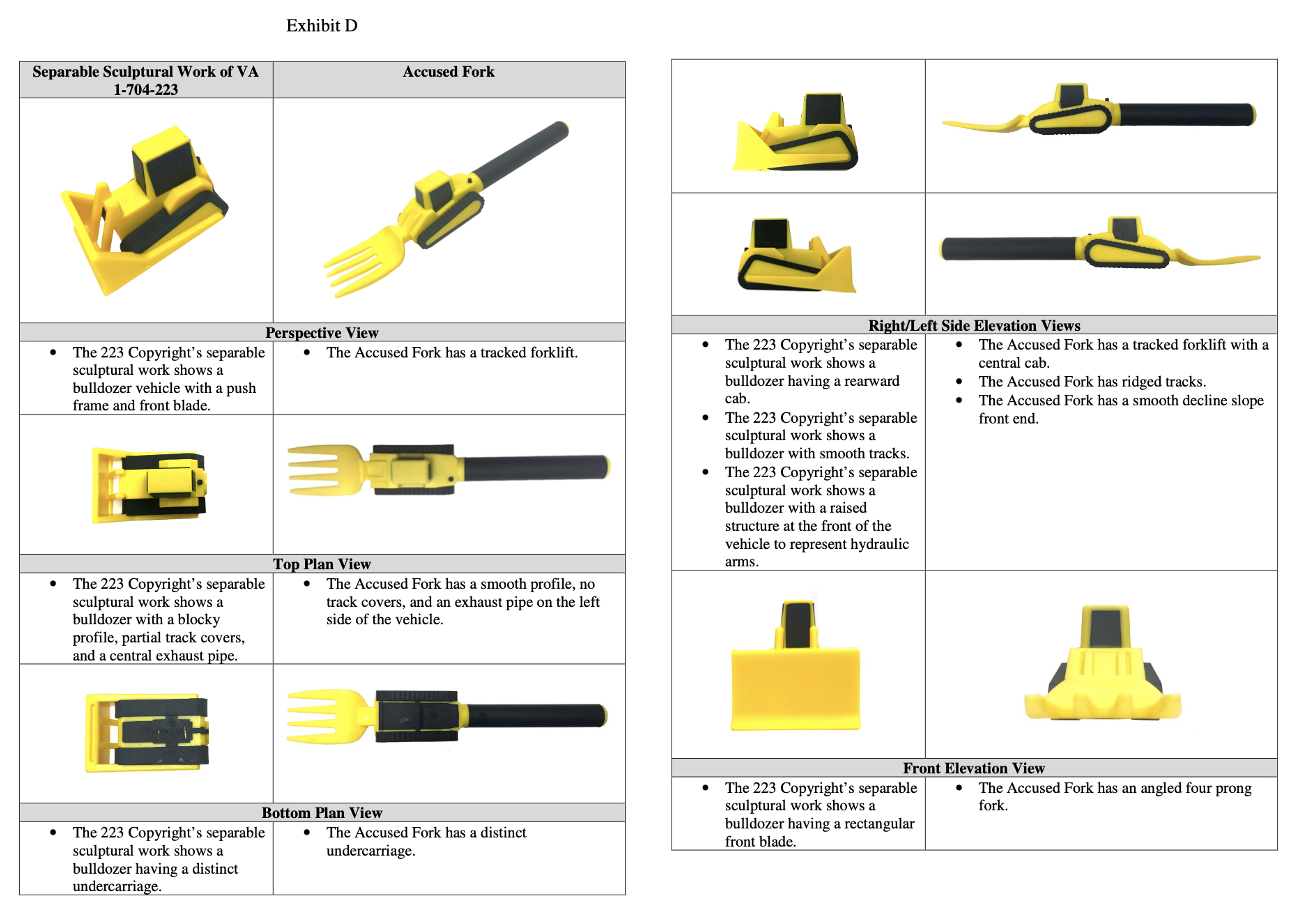 The plaintiff countered by arguing that the defendant's exhibit actually highlighted the substantial similarity between the designs for the products.

The Court concluded that an infringement determination, in this case, would be improper on a Rule 12(b)(6) motion because "the eligibility and infringement determinations in this case will require identifying standard, essential, and unoriginal features, identifying separable sculptural works, and considering the similarity of the copyrighted designs and [defendant's] eating utensils, all in the face of disputes between the parties." These issues would be "more properly addressed on a full record at later stages of this case." For purposes of a motion to dismiss, the plaintiff had plausibly alleged infringement given that the products "are plainly similar from a high-level design standpoint." That was enough for now. 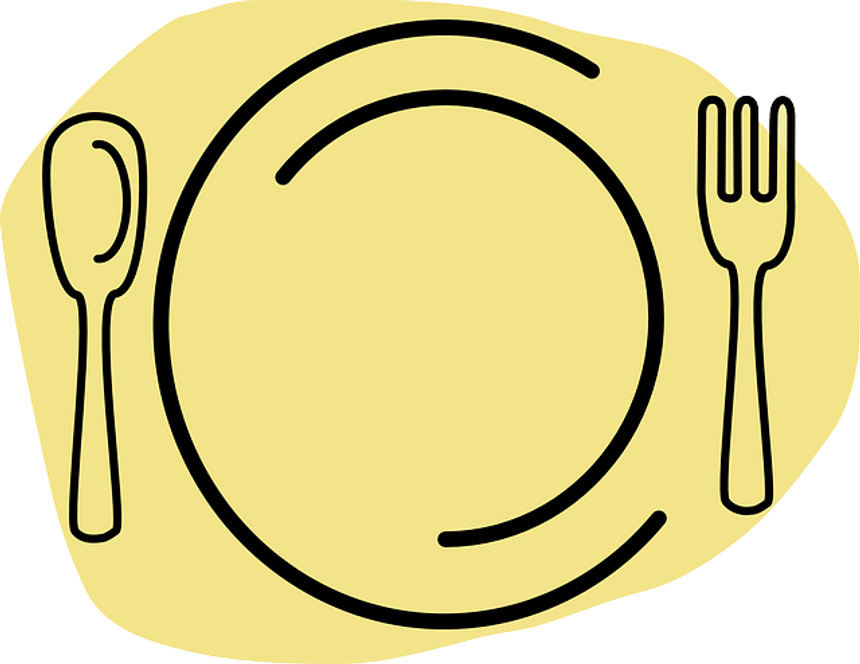