I don't think it is possible to love Ina Garten, the Barefoot Contessa, more than I do. I love her recipes: they are relatively easy to execute, delicious (no surprise, since they tend to double down on butter), and leave guests with the impression that my culinary skills are stronger than an honest appraisal would support. I love the rapport she shares with her husband Jeffrey, especially the way she beams at him each and every time he tells her (as he often does) that the food she has prepared is the "most delicious" thing he has ever tasted. I love how her zen calm remains intact even when celebrities passing through East Hampton (like Neal Patrick Harris or Mel Brooks) casually stop by to learn how to truss a chicken. And I love how she insists on using only "good" vanilla extract, avoids cilantro at all costs, and reassures you that whatever you are making "doesn't have to be perfect" (even though hers always is). Nearly twenty years of watching her TV show has left me with the unshakable impression (fantasy?) that, were we to meet in the real world, she would immediately welcome me into her extensive circle. (Move over, Michael the florist!)

But not even Ina bats 1000. The one time I made Ina's recipe for homemade white chocolate bark, I thought it was good. Very good. But, at least for me, the peppermint bark you can buy from Williams-Sonoma during the holidays is the ideal against which all other candy bark is measured. It represents the rare instance (forgive me, Ina!) when homemade just can't measure up to store-bought. This post is about that famous bark, or, more accurately, about a decision issued last week by Magistrate Judge Tse (in the Northern District of California) that addressed whether the unauthorized publication on amazon.com of an “artistically-staged” photograph of that glorious confection infringed upon Williams-Sonoma's copyright. Here is the photo (courtesy of the court's decision) of the image in question: 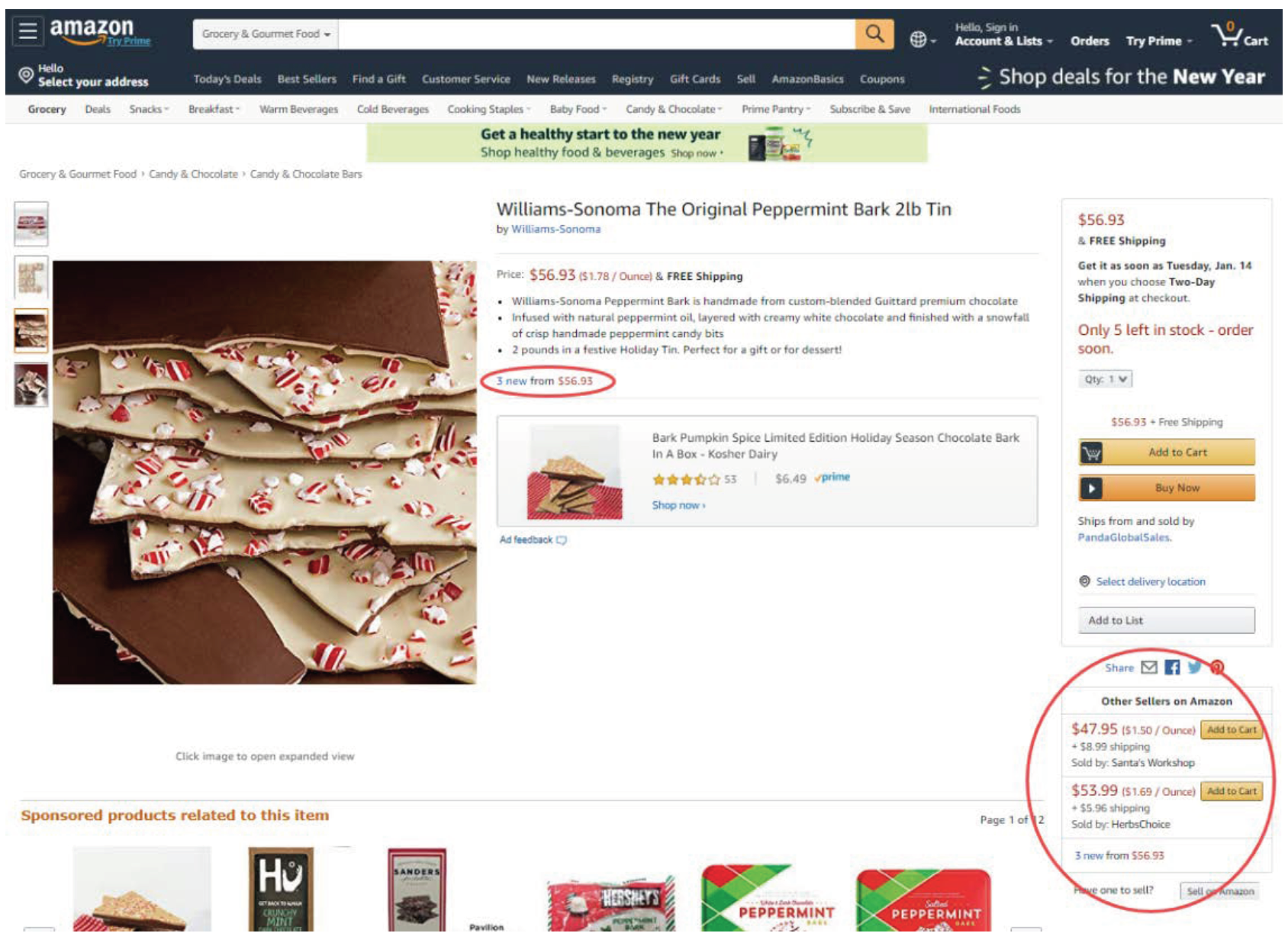 This copyright issue came up in the middle of a trademark case filed by Williams-Sonoma against Amazon, in which Williams-Sonoma alleges (among other things) that the unauthorized use of its trademarks in connection with the resale of its products on amazon.com by third party sellers infringes upon its trademarks. Last year, after the court denied Amazon's motion dismiss the complaint, the parties proceeded to discovery.

Sometimes in discovery, you discover stuff. That's what happened here. Williams-Sonoma had been aware that its copyrighted images appeared, from time to time, on Amazon's product detail pages ("PDP") - i.e., the webpages on which products are listed for sale. Indeed, over the years, it had sent Amazon multiple DMCA take down notices to have images removed. Nevertheless, Williams-Sonoma hadn't included copyright claims in its initial compliant because it been under the "mistaken impression" (its words) that third party sellers directly uploaded product images to PDPs, and that Amazon could claim protection under the DMCA's safe harbor provisions. What Williams-Sonoma learned during depositions convinced it that Amazon itself played a large enough role in the selection and publication of the PDP images to potentially be liable as a direct copyright infringer. Accordingly, it amended its complaint to add claims for direct infringement.

On amazon.com, a reseller does not have the ability to create her own, dedicated product page; instead, Amazon corrals all resellers that are hawking the same product onto a single PDP. Presumably Amazon does this to make it easier for purchasers to find items and compare offerings from the different sellers (which they can easily do by clicking on links). Since different sellers often offer the same goods at different prices, this provides an obvious benefit to consumers and promotes competition among resellers.

According to the allegations in the complaint, when resellers upload proposed product descriptions and photos for a PDP, they are initially stored in an internal database (which Amazon calls a "catalog"). Next, Amazon's "multiple algorithms" determine which elements from this "catalog" ultimately will be published on the PDP. Williams-Sonoma alleges that when more than one photo is proposed by different resellers, Amazon's image-selection algorithm use "multi-factor criteria" to choose a single image for display, and that those algorithms are primed to choose the image that is most likely to "boost internet traffic and promote sales." Williams-Sonoma argues that this process is akin to "an employee exercising editorial control: selecting content and controlling what is displayed on Amazon’s product listing webpage.”

Amazon moved to dismiss the copyright claims. There was no question that Williams-Sonoma owned a valid copyright in the photo, that a third party seller had uploaded the photo without its permission, and that the third party seller potentially (likely - unless she could make out a viable fair use defense) directly infringed upon Williams-Sonoma's copyright. The question instead was whether Amazon itself had engaged in sufficient volitional conduct such that it also could be found liable as a direct infringer. Amazon argued that it had not since it was a passive host that did nothing beyond (1) "automatically" displaying photos selected and uploaded by users, and (2) in situations where resellers submit multiple photographs, "automatically blocking a different photograph submitted by a different user from being displayed."

The court looked to the Ninth Circuit's recent decision in VHT, Inc. v. Zillow Group., Inc.,918 F.3d 723, 731 (9th Cir.), cert. denied, 140 S. Ct. 122 (2019), for guidance regarding what level of active conduct a website owner, like Amazon, must engage in to be held directly liable for infringement that occurs on its website. In Zillow, the Ninth Circuit held that routine website activities - such as automatic copying, storage, and transmission of copyrighted materials, "when instigated by others" - were too "passive" and typically would not cross the threshold. By contrast, where the website operator "exercised control (other than by general operation of its website); selected any material for upload, download, transmission, or storage; or instigated any copying, storage, or distribution’ of its photos," there is a stronger nexus between the website's conduct and the infringement, making it more likely that the website can found liable as a direct infringer.

Construing the pleadings in the light most favorable to Williams-Sonoma, Magistrate Judge Tse held that Williams-Sonoma had adequately alleged conduct by Amazon “sufficient to transform [Amazon] from a ‘passive host’ to a ‘direct cause’ of the infringement." Accordingly he denied Amazon's motion.

First, the court found that the complaint plausibly alleged that Amazon was actively involved in the selection of the photo that ultimately was published on the PDP. Specifically, Williams-Sonoma alleged that when more than one reseller submits photos for a product page, Amazon makes an "editorial, qualitative decision" to select among the options, employing “multi factor criteria,” with the goal of "enhanc[ing] product sales and boost[ing] internet traffic on Amazon’s website." The court distinguished Zillow, which concerned a real estate listing website where users could upload photos of homes for sale. When multiple users submitted the same photo, the site employed automatic, content-neutral "trumping" rules to select the image with greater usage rights over those with more limited usage rights. (At the time of upload, users were required to indicate the duration of the usage rights they had for the photos.) The Ninth Circuit held that this “trumping” was “a reasonable way to design a system to manage multiple versions of the same photo when the authorized use varies across versions,” and was insufficiently volitional to establish direct infringement. Here, by contrast, Amazon's algorithms were not designed, like the trumping rules in Zillow, to minimize the likelihood of copyright infringement when multiple versions of the same photo were submitted; instead, they were constructed to provide a sales benefit to Amazon by selecting, from among different photos, the most appealing image. Indeed, Williams-Sonoma argued that because Amazon's system was "actively designed" to choose the most attractive photo, it was more likely to choose an unlicensed professional-produced photo (as it had here), and therefore was more likely to "enhance rather than reduce the potential for infringement."

Second, the court found that, at this pleading stage, Williams-Sonoma had adequately alleged facts to support its assertion that Amazon exercised the requisite level of volition in connection with the reproduction and display of the images on amazon.com. Specifically, Williams-Sonoma alleged that the reseller's involvement ended once the uploaded the photo to Amazon's server. From that point forward, Amazon was in charge. It is Amazon (not the reseller) that, in its “sole discretion,” makes the decision as to which photo had "the best sales appeal." And it is Amazon (not the reseller) that then copied that photo onto its server and caused it to be displayed it to the public.

Finally, the court denied Amazon's alternative argument to dismiss under the DMCA's § 512(c) safe harbor. To prevail with the affirmative defense under § 512(c), Amazon must establish that (1) the photo was stored on Amazon's site “at the direction of the user," (2) Amazon lacked actual or "red flag" knowledge that the photo was infringing, and (3) Amazon did not receive a "financial benefit directly attributable to the infringing activity" and did not have "the right and ability to control such activity." Here, there were disputed issues of fact regarding the role played by Amazon in making the photo available (and thus whether the content was stored exclusively "at the direction of the user"), whether Amazon benefited financially from the infringement, and whether Amazon had the right and ability to control the infringing activity. 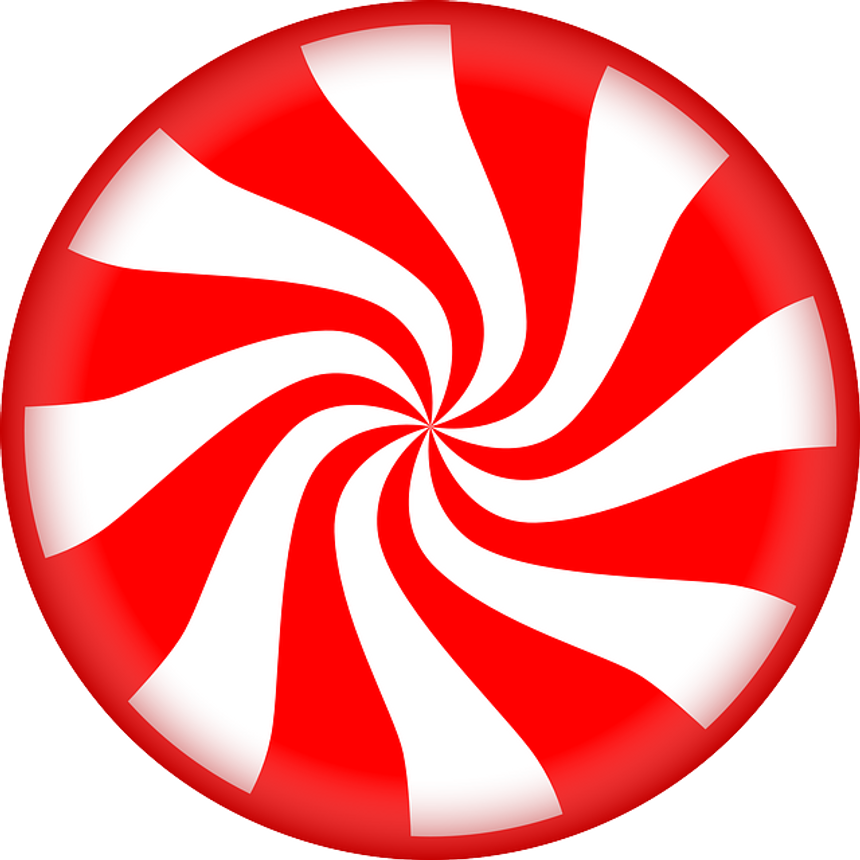