Whether you're looking for tips about advertising law compliance, or summer grilling, this is a post for you.

The U.S. Department of Agriculture grades beef as either "prime," "choice," or "select."  If you buy "prime" beef, you're getting meat that is produced from young, well-fed cattle that has "abundant marbling."  Tyson Fresh Meats sells "Chairman's Reserve Prime Pork."  Although the name of the product was approved by the USDA, unlike with beef, the USDA doesn't grade pork.  Will people who buy this product think that they are buying pork that has been graded "prime" by the USDA?  That was the issue in a recent lawsuit in federal court in Florida.

In this case, the plaintiffs alleged that they bought "Chairman's Reserve Prime Pork" at The Fresh Market believing that the pork was, in fact, rated "prime" by the USDA.  Among other things, they pointed to advertising where Tyson made claims comparing its "prime" pork product to "prime" beef.  For example, a newsletter stated, "Just like prime beef, the new Chairman’s Reserve Prime Pork is the upper-echelon of quality in terms of having superior marbling, a visible pink color (which is an indicator of the pH level and translates to a moister piece of meat)."  As another example, a social media post described the product as being of “the same high-caliber as our Premium and Prime Beef.”  The plaintiffs also pointed to the fact that, on the company's website, pictures of prime pork and prime beef were placed next to each other.

The plaintiffs sued, alleging violations of Florida's Deceptive and Unfair Trade Practices Act other claims.  In order to prove that they were deceived, the plaintiffs are required to show that there is a “representation, omission, or practice that is likely to mislead the consumer acting reasonably in the circumstances, to the consumer’s detriment."  The court dismissed the case, holding that reasonable consumers would not be misled.  Here's why.

As an initial matter, the court rejected Tyson's argument that the plaintiffs' claims were preempted because the USDA had approved the product's name.  The court reasoned that, even though the name may have been approved, the USDA didn't approve the promotional materials themselves.

Instead, the court found that the use of the term "prime" was "nothing more than non-actionable puffery touting the unchallenged quality of the product."  Moreover, the court held that promoting the product as "prime" would not "deceive a reasonable consumer into believing that the product is graded by the USDA."  The court reasoned that, not only is the USDA not mentioned in Tyson's advertising, there's nothing in the advertising that suggests the USDA rated the pork.  Moreover, the court determined that, "A reasonable consumer sufficiently familiar with USDA grading would note the absence of the term 'USDA'."

Some food for thought, anyway. 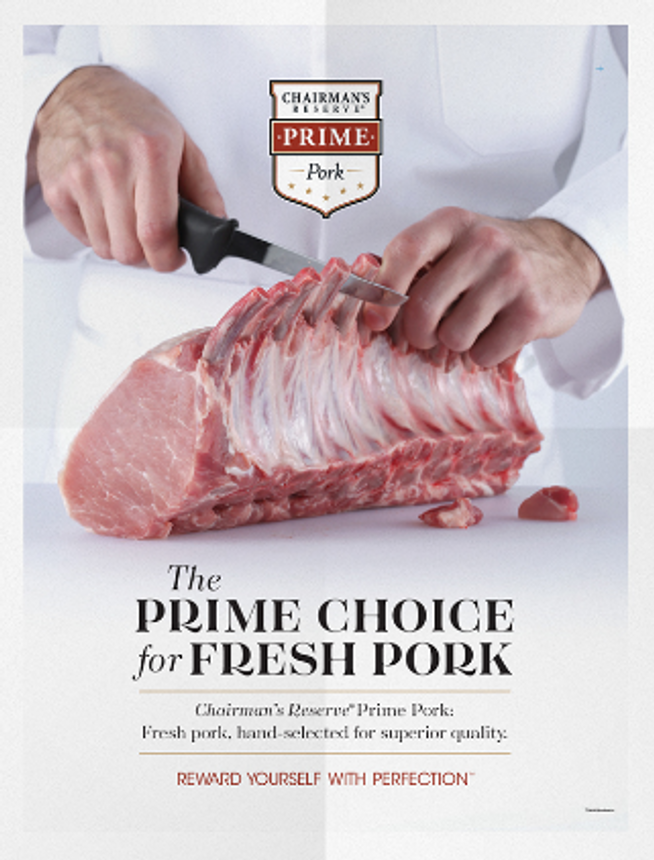