The Federal Communications Commission announced that it has extended its waiver of certain sponsorship identification requirements as a result of the COVID-19 pandemic.  In April, the FCC waived its sponsor ID requirements for media time that is donated by advertisers to the CDC, other government entities, and public health authorities for public service announcements related to the pandemic.  This week, the FCC extended the waiver through August 31, 2020.

Under FCC rules, when a broadcast station transmits any matter for which money, service, or other valuable consideration is either directly or indirectly paid or promised to, or charged or accepted, by such station, the station, at the time of the broadcast, shall announce that such matter is sponsored, paid for, or furnished and by whom or on whose behalf such consideration was supplied.

The FCC's position is that the donation of advertising time by one entity to another would ordinarily require a sponsorship identification providing the name of the entity that originally purchased the advertising time.  Because of the concern that a sponsorship message may undercut the reliability of the PSAs, and that advertisers, who are unable to use their advertising time, may not donate the time for use by public health authorities because they don't want to be associated with those PSAs, the FCC decided to waive its sponsor ID requirements for COVID-19 related PSAs.

(In case you're wondering what that seal is that's pictured below, it's the new FCC seal, which was released at the end of April.  According to the FCC, the new seal incorporates the following elements -- communications technologies currently transforming our world, four stars on the outer seal border, drawing from the legacy of the original seal of the Federal Radio Commission, eighteen stars on the shield, recognizing the current number of FCC bureaus and offices, and the eagle and shield, identifying the FCC as an agency of the Federal Government.) 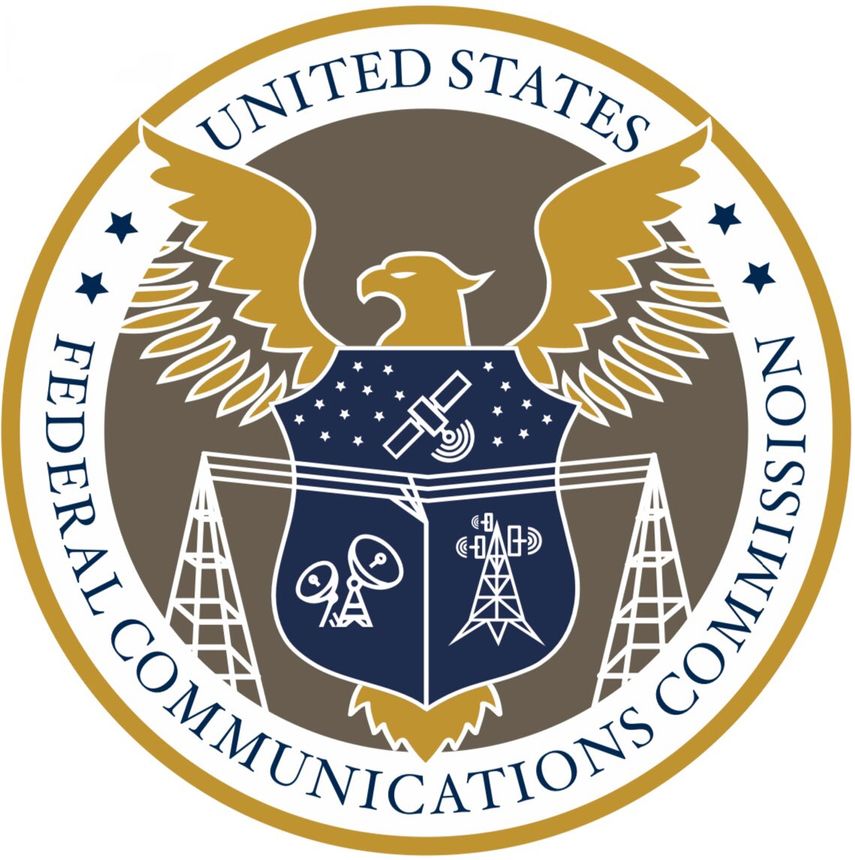