The Federal Trade Commission issued a staff report on the "Made in USA" Workshop that the FTC held last fall.  (At the same time, the FTC also proposed a new "Made in USA Labeling" rule, which we previously reported on.)

In 1997, the FTC published its Enforcement Policy Statement on U.S. Origin Claims, which gives marketers guidance about how to make proper claims that a product is made in the United States.  The policy statement advises marketers that before making an unqualified "made in USA" claim about a product, the marketer should substantiate that the product was "all or virtually all" made in the United States.

Here are some key take-aways from the report:

The big news coming out of this report is that the FTC is proposing a new "made in USA" rule, which will allow the FTC to seek civil penalties for violators.  That will be a big change in the enforcement landscape.

The other big news -- or lack of news, really -- is that the FTC clearly isn't going to give marketers more guidance about what "all or virtually all" means.  For marketers that were hoping that the FTC might give a safe harbor percentage, that's clearly not happening.  In fact, the FTC's discussion of consumer research reporting that some consumers think that "made in USA" means it was 100% made here should certainly serve as a warning to marketers that, at least to the FTC, "virtually all" is a very high bar to meet. 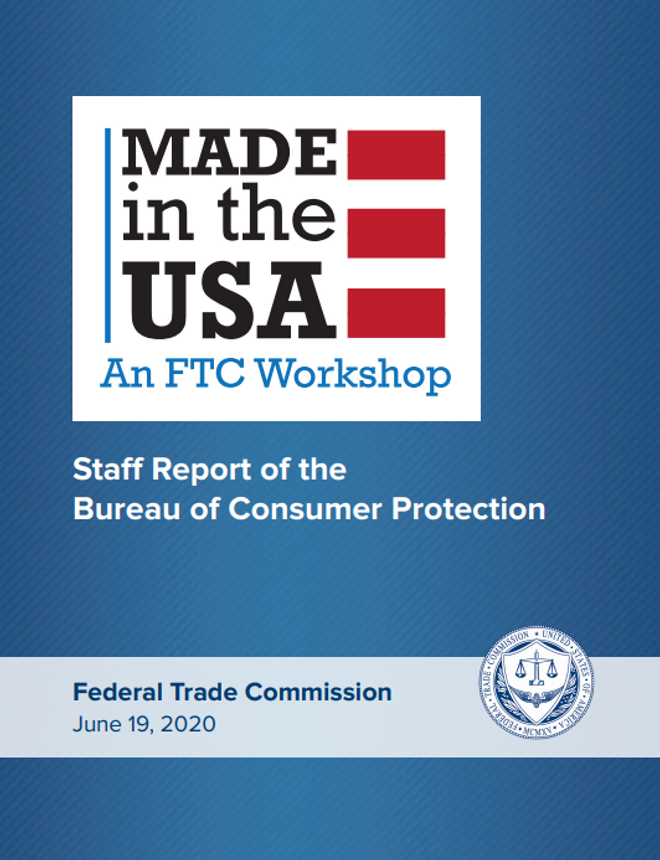