The Federal Trade Commission announced that it reached a $175 million settlement with Progressive Leasing to resolve claims that the company misled consumers about the prices of its rent-to-own plans.

Progressive Leasing is a rent-to-own company that markets and sells payment plans to consumers through online and brick and mortar retailers.  At retail stores, the company promotes its rent-to-own payment plans through signage, including banners, posters, table tents, and brochures, as well as through in-person sales pitches.

Pointing to more than 15,000 complaints that the company received, the FTC alleged that Progressive Leasing was well aware of "widespread consumer confusion" about the company's pricing terms.

In addition to the whopping $175 million payment, which will be used to provide refunds to consumers, as part of the settlement the company agreed to not misrepresent the cost of its plans in the future, to clearly and conspicuously disclose the total price that consumers will pay, and to get consumers' express, informed consent before charging or billing them.

The Commission's vote to enter into the settlement was 3-2, with Commissioners Rohit Chopra and Rebecca Kelly Slaughter dissenting.  In a statement, Commissioner Slaughter said that, "The conduct here, however, is so egregious and its cumulative impact on families so corrosive that I do not believe the complaint and order are sufficient."

Specifically, Commissioner Slaughter found FTC's order insufficient in three areas.  First, she said that she believed that the order did not adequately remediate the harm -- which she believes is closer to $1 billion.  Second, she said that the complaint and order should have also named the company's CEO as well.  She said, "Where the facts provide a legal basis to do so, naming senior leaders in a complaint and including them as parties to a consent order can go a long way towards increasing accountability and achieving a deterrent effect."  Third, she said that the complaint did not fully allege all of the laws that Progressive Leasing had violated.  She said, "Whenever the Commission files a complaint, we have an opportunity to send a signal to industry regarding what conduct we consider to be a law violation."

Here are few, important things to take away from the FTC's action:

"The conduct here, however, is so egregious and its cumulative impact on families so corrosive that I do not believe the complaint and order are sufficient" -- FTC Commissioner Rebecca Kelly Slaughter 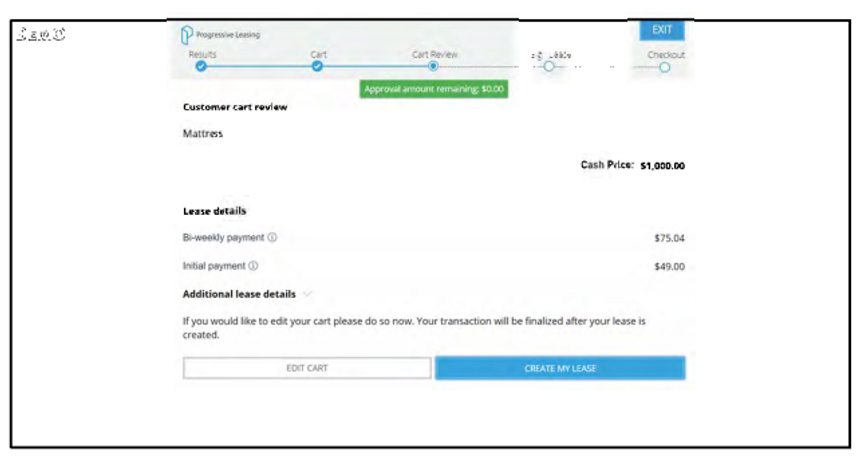