Fair use analysis requires courts to engage in a time-consuming, case-by-case examination and nuanced balancing of multiple factors, with the ultimate goal of furthering copyright’s purposes. This is done not only because it is what Congress (Section 107) and the Supreme Court (Campbell v. Acuff-Rose Music) have mandated, but also because no one has come up with a better method for weighing the interests of the plaintiff, the defendant and society (which is precisely what fair use is all about). But there isn't a copyright lawyer on the planet who, at one time or another, hasn't wished that there was another way to perform the analysis, one that was simpler, one that would provide greater certainty as to outcome. Wouldn't it be grand if someone could come up with a mathematical formula that would make the job easier ... if someone could invent a better mousetrap?

(Spoiler alert: there is no such magic formula, at least not in the Eleventh Circuit.)

This post is about an important fair use case that has been bouncing between the Eleventh Circuit and a Georgia district court for nearly a decade. The plaintiffs are a group of academic publishers that allege that the University of Georgia engaged in copyright infringement by allowing professors to make excerpts of the publishers' books available electronically to students, at no charge, through an electronic reserve system during three semesters in 2009. No permissions were sought, and no license fees were paid, for the excerpts. The University argues that its activities were protected by fair use. This case, understandably, has sparked a good deal of controversy among academic publishers, professors, universities and libraries.

On two separate occasions, the district court was reversed by the Eleventh Circuit largely because of the quirky, mathematical way it weighed the statutory factors when conducting its fair use analysis. Last week, the district court took a third swing a bat. Time will tell whether third time's the charm.

Here is a (very) brief timeline of the case:

2012 (Cambridge I):  after a bench trial, the district court found that the publishers had established a prima facie case for 48 instances of infringement, but that the University established its fair-use defense for 43 of the excerpts.

2016 (Cambridge III):  On remand, the district court found that the University had established fair use for 44 of the 48 excerpts at issue (up from 43).

In the 237-page ruling issued last week (Cambridge V), the district court examined again the 48 works at issue. Attempting to heed the instructions of the Eleventh Circuit in Cambridge II and Cambridge IV, the court concluded that the University had established fair use for 37 of the 48 excerpts. For those keeping score, here's a tally of how the district court has ruled in each of its three attempts to crack this nut:

It would be beyond tedious to go through the court's analysis of all 48 works. Instead, I share a few key takeaways from the Cambridge decisions, considered as a whole.

First, the district court and Eleventh Circuit embraced the notion that the first factor tilts in favor of fair use because the use in question was by an educational institution that did not directly profit (in the traditional meaning of that word) from the electronic distribution of the excerpts in connection with classroom instruction. The courts reached this conclusion even though the University's use was not transformative since the excerpts were verbatim copies that served the same intrinsic purpose as the publishers’ books: i.e., reading material for students in university courses. In part, the courts were persuaded by the fact that the preamble to Section 107 expressly includes “multiple copies for classroom use” as an example of a type of educational use that can qualify as fair. And the courts distinguished previous "copy shop cases" that had held that the first factor weighed against a finding of fair use when for-profit copy shops sold students course packs that included copyrighted content since, here, the distribution of the copyrighted material was done by a non-profit University at no charge to the students.

Second, the district court and the Eleventh Circuit generally agreed that the fourth factor favored the publishers, at least in those cases where there was an established market for licensing of digital excerpts from the publishers‘ books. In the Eleventh Circuit's words, "the fourth factor looms large in the overall fair use analysis" because the University’s use was non-transformative and fulfilled the same educational purposes that the publishers, at least in part, marketed their works for.

Third, balancing the different statutory factors here was tricky because they pointed in different directions. The first favored the University. In most instances, the second was neutral (as is often the case). The third would vary based on the quantity (what percentage of the original work was excerpted?) and quality (was the “heart“ of the work taken?) of the excerpted portion of the book. And the fourth typically didn't favor fair use when there was a market for digital excerpts. In other words, neither the publishers nor the University swept the factors. Contrast this with a case where the use in question is highly transformative and therefore the third and fourth factors, to a certain extent, matter less. (See this case for an example.)

Finally, given the volume of excerpts under consideration, and with the factors pointing every which way but loose, I imagine that the district court was searching for a way to ensure that it applied a uniform standard across the board to all works. Moreover, I bet that after examining in detail the 48 academic works at issue - no doubt, a riveting task, given that that the works include page-turners like Utilization-Focused Evaluation (Third Edition) - the court identified patterns which it then translated into baseline "rules" like "[w]here a book is not divided into chapters or contains fewer than ten chapters, unpaid copying of no more than 10% of the pages in the book is permissible under factor three." The Eleventh Circuit correctly called this out as error and noted that even "if we consider the baseline as a starting point only, application of the same non-statutory starting point to each instance of infringement is not a feature of a proper work-by-work analysis under the third fair use factor." Mathematical formulas simply cannot be employed to make the fair use analysis easier.

Yet ... when all is said and done, it is telling that the district court's ultimate fair use conclusions vary little in each of its three bites of the apple. This suggests that the reason this case has dragged on for so long has more to do with the district court's transparency about its mode of analysis (about how the sausage was made) than with its ultimate conclusions on the merits. 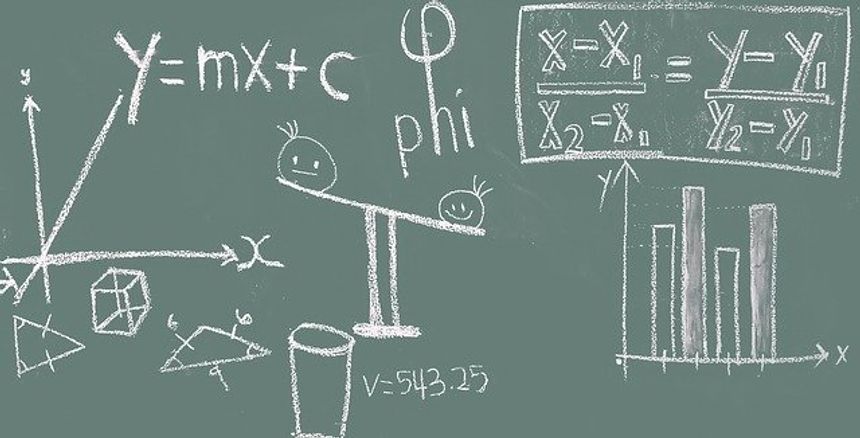