Arizona Canning Company sells a variety of canned beans, including its Sun Vista pinto beans.  On the front of the can, there's a picture of a bowl of whole, plump beans that look ready to eat.  On the label, in the background, there are also a few green leaves, pieces of onion, sliced potato, garlic cloves, and some dehydrated pinto beans.  The can also includes instructions on how to prepare the beans, which are, "Heat and Serve."

What's the issue?  Apparently, "whole plump beans are not what the consumer sees when emptying the can's contents.  Unlike the image advertised on the principal display panel, consumers receive mostly water, with a portion of beans fully submerged and undetectable at first sight."

Because they didn't expect to find a can of water with some beans mixed in when they opened that can, the plaintiffs sued, asserting false advertising and other claims.  The plaintiffs alleged that it was misleading to show an image of ready-to-serve beans on the label that didn't look anything like what was in the can.  They said that, when served, the beans look more like soup than a bowl full of plump and hardy beans.  They also alleged that the serving size given on the can -- which was four ounces -- was also misleading, because a four ounce serving size includes less than two ounces of beans (the rest being water).  Finally, the plaintiff alleged that since the normal practice in the canned beans industry is to fill the cans predominantly with beans, it was misleading to include so much water in the can.

Recognizing that an image can convey variety of messages, the United States District Court for the Southern District of California denied Sun Vista's motion to dismiss.  The court said that consumers were likely to believe that the photo either communicated the type of beans being sold or showed what the contents of the can looked like.  The court said that the fact that there were dehydrated beans in the background of the photo, and hydrated beans in the front, supported the conclusion that the photo of the beans was intended to communicate what the product looked like inside the can.  The court felt that this conclusion was supported by the fact that the photo on Sun Vista's pinto beans with jalapenos product -- which showed chopped jalapenos sprinkled throughout the bowl of beans -- also likely conveyed to consumers that this is what the contents of that product looked like.

Sun Vista's argument that the photo was just a "serving suggestion" wasn't worth a hill of beans in the court's view.  The court said, "For this 'suggestion' to be accepted, consumers must drain more than half of the can's contents -- leaving the consumer with either a smaller serving size or significantly less servings than represented."

This case is a great reminder to consider what messages are conveyed by your product photos and to ensure that you can substantiate those messages.  Where your photo may be confusing to consumers, consider changing the photo or including a clear explanation that explains what you are showing.

"images can reasonably interpreted to have various meanings" 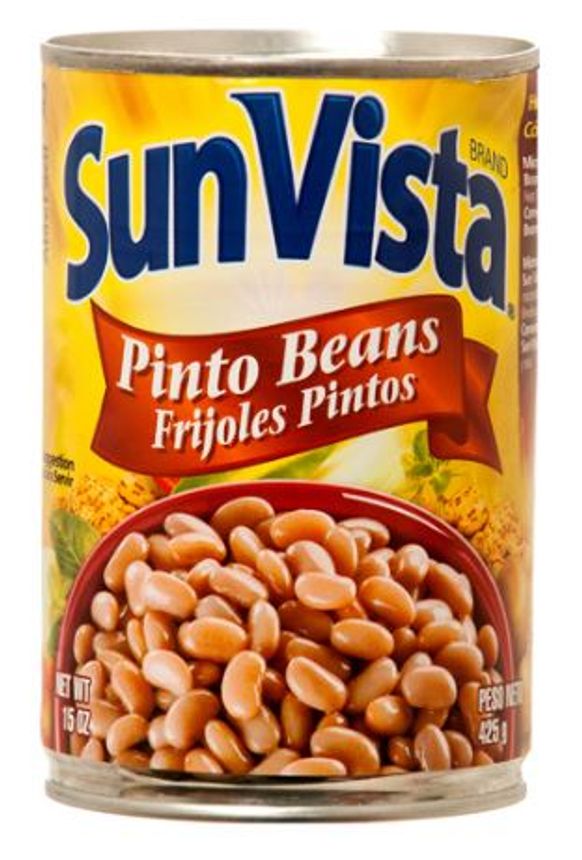