Yesterday, the Federal Trade Commission announced that it entered into settlement agreements with the operators of so-called copycat military websites -- sites that the FTC says "targeted people seeking to join the armed forces and tricked them by falsely claiming to be affiliated with the military in order to generate sales leads for post-secondary schools."

As part of the settlements, the defendants -- who operated army.com, armyenlist.com, and navyenlist.com -- agreed to relinquish these and other domain names and to stop the practices that the FTC said they used to deceive consumers.

This action is part of a larger FTC initiative to combat government imposter schemes.

While this may be an extreme case, there are some important take-aways here.  First, it's important never to falsely create the impression that something has been endorsed by, or is affiliated with, the U.S. government.  Second, the FTC is particularly concerned about marketing to members of the military, because of the concern that the audience may be more vulnerable to deception.  It's important to keep that in mind when advertising to a military audience.  Third, don't tell consumers you're collecting information for only one purpose and then use it for another purpose.  And, finally, the FTC continues to be concerned about misleading formats.  When creating online content, it's important not to mislead consumers about who the source of the content is.

"Those who are considering a military career deserve to have confidence that the recruitment site is legitimate and their personal information will not be misused. The FTC will take action against any party in the lead generation ecocystem -- from sellers to purchasers -- that fails to comply with the law." -- FTC Chairman Joe Simons 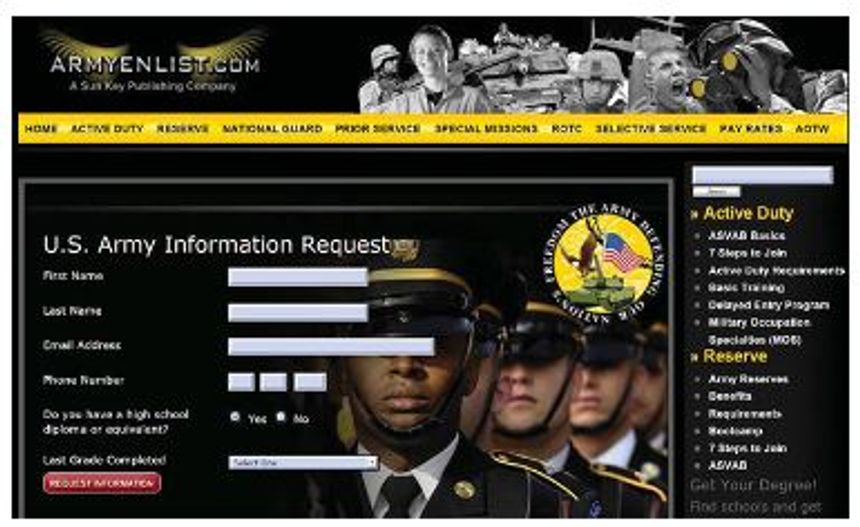